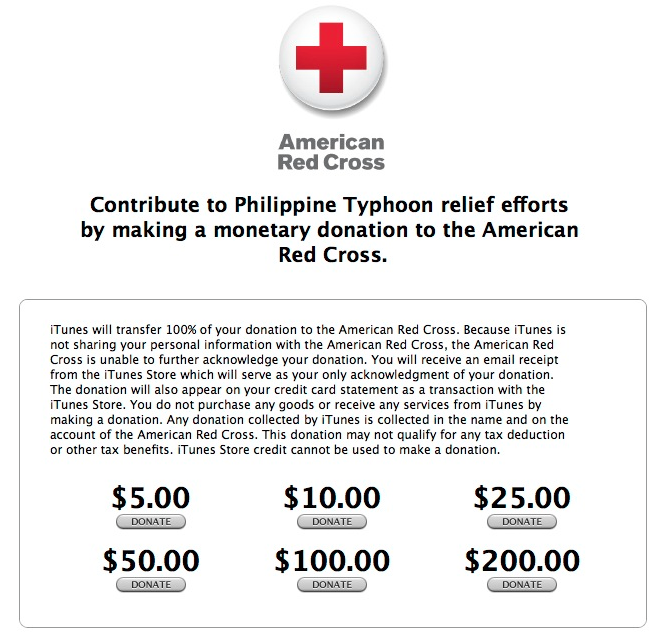 Apple is inviting iTunes customers to donate between $5 and $200 to the American Red Cross to assist its relief work in response to Typhoon Haiyam, which is estimated to have killed more than 10,000 people (update: the estimate was later revised to 2,500).

The typhoon – the name given to a hurricane when it occurs in the West Pacific – is thought to have been the worst ever to hit land. Philippine Red Cross volunteer rescue and relief teams are providing assistance in the hardest hit communities, including assisting in search and rescue efforts and distributing food and relief supplies to survivors.

Apple has used the iTunes donation system several times, in response to Superstorm Sandy, the tsunami in Japan and the earthquakes in Haiti.