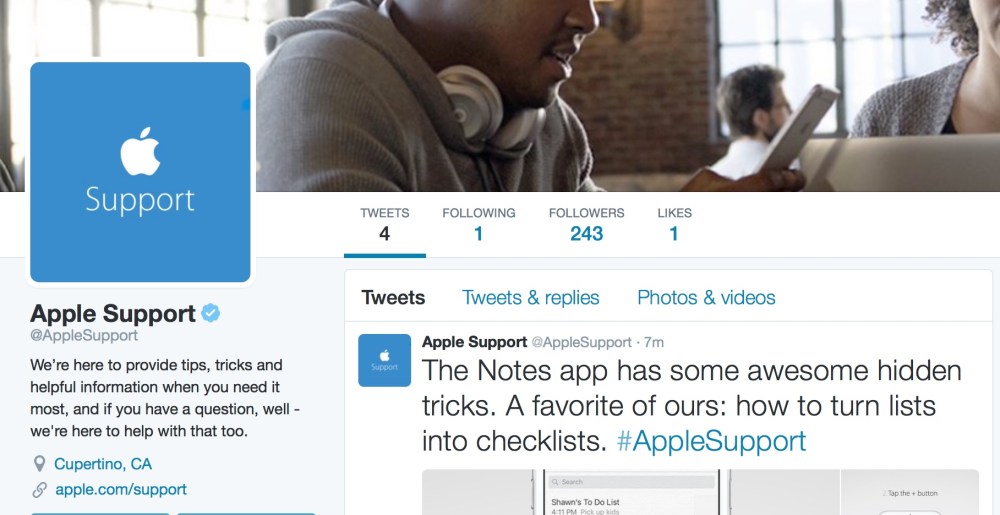 Apple has today launched a company Twitter account for help, customer support and iOS tips. Although Apple manages some support accounts for parts of its business, like Apple Music, this is the first time Apple has launched an account that covers its entire product range. @AppleSupport is already verified, confirming its validity as an official Apple support avenue.

END_OF_DOCUMENT_TOKEN_TO_BE_REPLACED

Users on Apple’s help forums have begun reporting that they’re not able to activate iOS 5, noting that Apple’s activation servers are beginning to go down. Users are left with a 3200 error code, and unable to finish the activation. This isn’t a good situation by any means leaving users, in some cases, with almost bricked devices until Apple can get things back up to speed. Many users on the forums have reported that they’re able to get their devices activated after trying a few more times. You’ll recall Apple had similar outages during the iPhone 3G release.

It was undoubtedly a smart move by Apple to release the iPhone 4S two days after iOS 5. All of these activations of both iOS 5 and 4S together would have just been a mess. Also looking through the support forums you’ll find reports of OS X 10.7.2 and iCloud issues probably related to Apple’s overcrowded servers.

Update: GDGT has noted how to bypass this error by installing iOS 5 manually. Simply hold down option + click “Check for update” in iTunes, and navigate to the IPSW file. The links are after the break (directly from Apple):