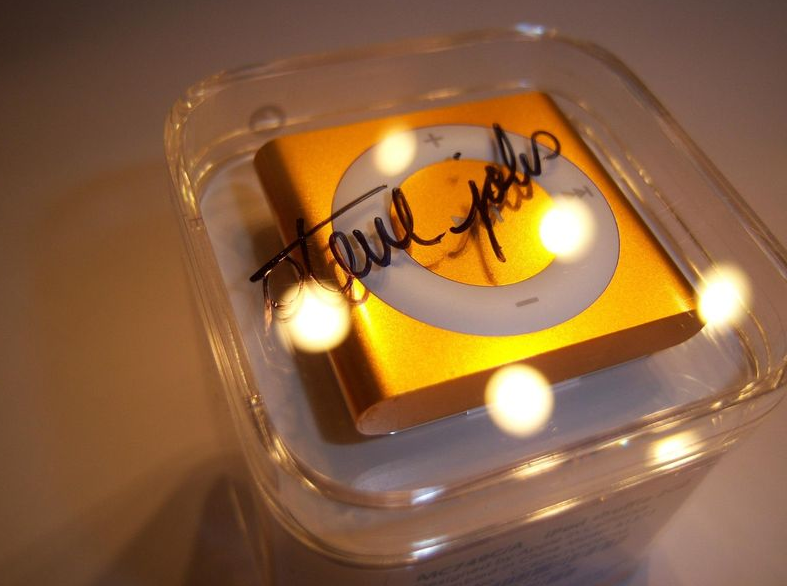 Update: The auction was pulled, but it is unknown as to the reason.

A fourth-generation iPod shuffle autographed by Apple co-founder Steve Jobs is depicted in the image above. The owner put the device up for auction on eBay, and the bidding currently sits around  US $10,000.

The iPod’s owner said he and three colleagues were invited to attend an Apple event in conjunction with the “innovators of tomorrow” program, where they had the rare opportunity to ask Jobs for his signature. After the event wrapped, the owner approached Jobs:

“I hear you’re not really one to give autographs, but I just gotta ask…. will you sign my iPod? It’s fine if you don’t want to. I’m not normally one to even ask for autographs.”