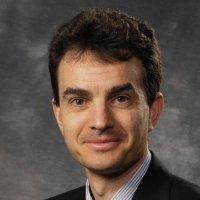 We learned today that Ford is staffing up a research and development center in Silicon Valley located in Palo Alto, California, and heading the automaker’s new R&D facility is a former Apple engineer.

Dragos Maciuca, who served as a senior controls systems engineer with mobile technologies at Apple since early 2013, will head the research center’s 125 scientists and researchers, Ford told CNBC.

Prior to his tenure at Apple, Maciuca worked in various technology and research roles including for automakers Nissan and BMW.

As for what the former Apple engineer will focus on at Ford, Reuters has this: END_OF_DOCUMENT_TOKEN_TO_BE_REPLACED