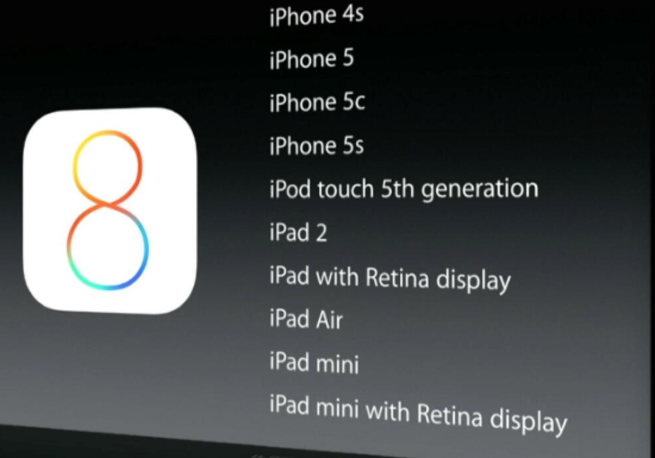 During the WWDC 2014 keynote, Apple wrapped up its overview of iOS 8 and has officially announced device compatibility. This release is available for developers today and schedules for a public launch in fall.