As always, we will update our list of new apps and updates hitting the App Store and Mac App Store throughout the day: 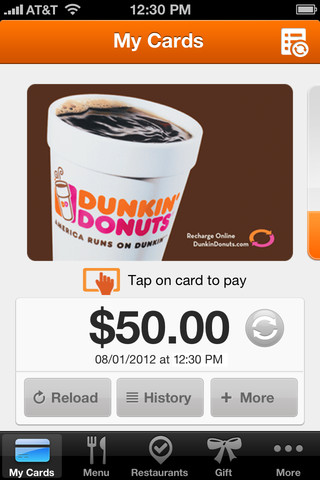 Amazon Instant Video version 1.1: Amazon’s iPad app provides access to over 120,000 videos from the Amazon Instant Video store and thousands more Prime Instant Video titles, and it was updated today with a couple notable features. First—a new search function has been added to find specific titles from Prime. Also included in the update are an improved navigation bar and a number of bug fixes.

Shazam version 5.0.6: All of the versions of the song recognition app Shazam were updated today with an improved recognition rate and faster application startup time. The update also went to the $5.99 RED edition.

Dunkin’ Donuts version 1.0: Dunkin’ Donuts officially announced the release of its first mobile app today that allows customers to pay from the app using a virtual barcode-based DD card scanned by the cashier. Other features include a store locator, nutritional information for items on the menu, the ability to send virtual DD cards, and Facebook and Twitter integration.