Have music downloads hit their peak, with streaming taking over? 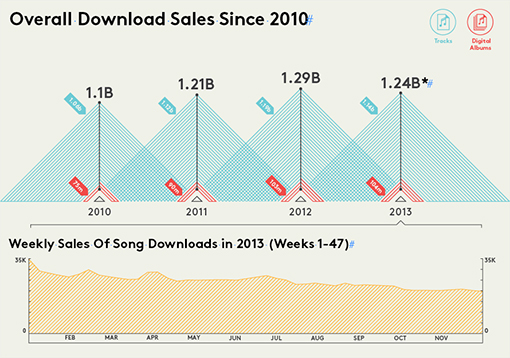 What do 1980, 1989 and 2003 have in common? They were the peak sales years for LPs, cassettes and CDs respectively. After that, a very slight resurgence in vinyl aside, it was all downhill.

Billboard magazine has an interesting piece in which they suggest that perhaps 2012 might join that list – as the year that saw peak sales for music downloads, with streaming services like Spotify, Rdio and now, of course, iTunes Radio the heir apparent …