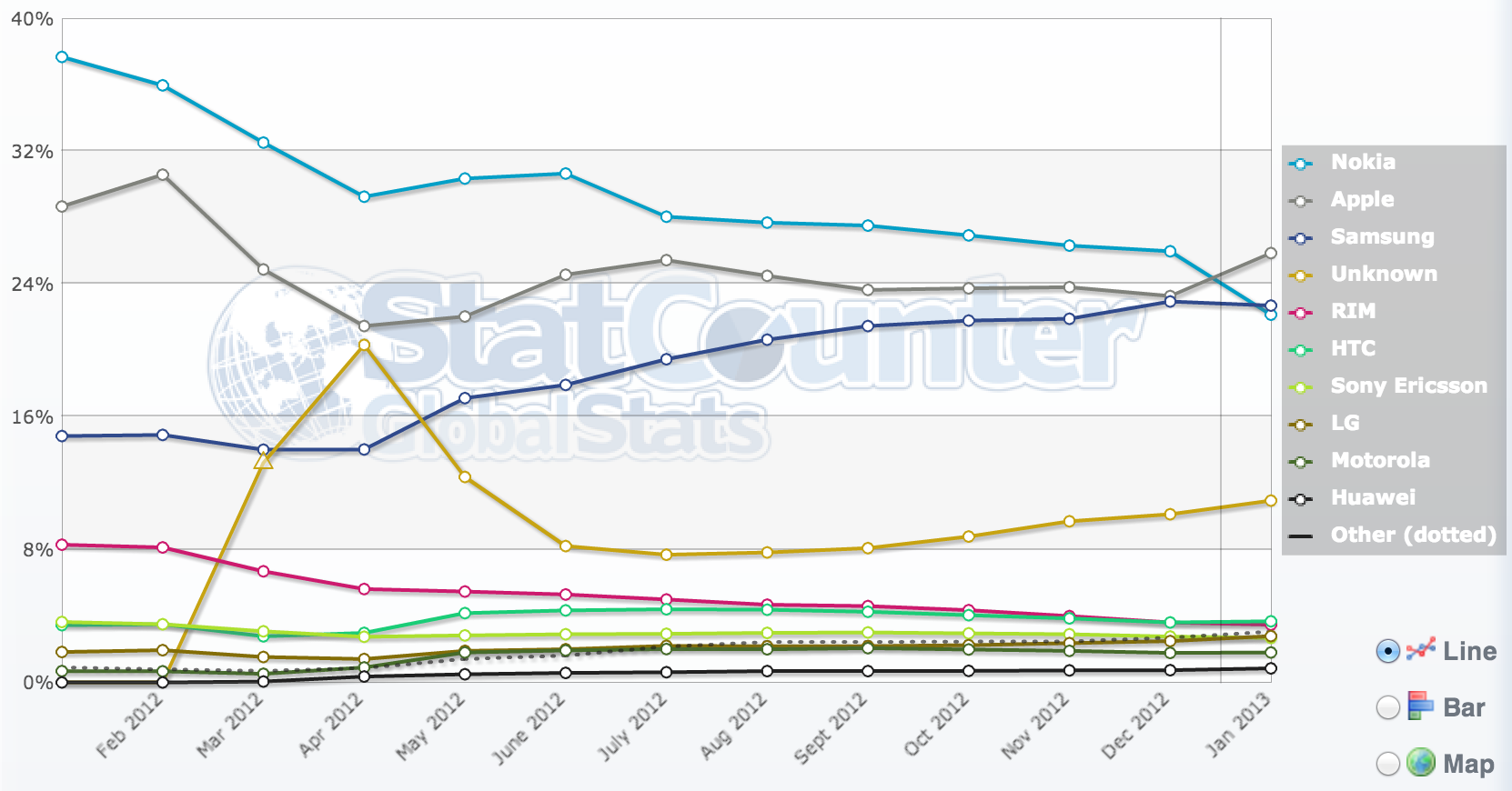 Web analytics firm StatCounter is out today with updated stats for the month of January 2013. When it comes to Internet usage, iPhone users this month held the No. 1 spot as Nokia experienced a significant decline during 2012. With Nokia’s share of mobile internet usage down 15.52-percent from 37.67-percent last January to just 22.15-percent this year, Apple was able to move into the No. 1 position for the first time despite experiencing a decline of 2.81-percent. Apple took 25.86-percent of mobile Internet usage in January, down from 28.67-percent last year. Nokia was also bumped to third position with Samsung gaining 7.85-percent to move into the No. 2 spot. However, it’s important to point out that StatCounter didn’t include iPads in its definition of mobile devices.

As for mobile OS, StatCounter has Android at 37 percent of the market in January up from 33.19-percent in December. In comparison, iPhone and iPod held 25.85-percent of the global OS share, up from 23.26-percent in December. Keeping in mind that StatCounter didn’t include iPads in these stats, we also looked a report for January from NetApplications (pictured below) that has iOS with iPads included at 60.56-percent of the market during the month: END_OF_DOCUMENT_TOKEN_TO_BE_REPLACED