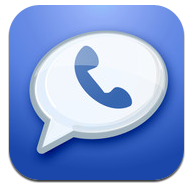 When iOS 5 came out, Google got caught with its pants down because for most users Google Voice wouldn’t even start up without crashing.  We’re not certain what the Voice team was doing during that beta testing window (maybe the last minute Siri inclusion threw things off?)

All of that is water under the bridge right now because Google Voice is back in the App Store and works great on iOS 5.