MPEG introduces HEVC standard delivering same quality in half the bandwidth of H.264

The Moving Picture Experts Group, otherwise called MPEG, announced a draft of a new video compression standard known as High Efficiency Video Coding, or H.265, that will be twice as efficient as the current H.264 standard. Ericsson Research Manager for Visual Technology Per Fröjdh, who also serves as chairman of the Swedish MPEG delegation, explained the standard could hit commercial products by 2013:

“There’s a lot of industry interest in this because it means you can halve the bit rate and still achieve the same visual quality, or double the number of television channels with the same bandwidth, which will have an enormous impact on the industry”… Fröjdh believes that the HEVC format discussed by MPEG in Stockholm could be launched in commercial products as early as in 2013… “It will take time before it’s launched for a TV service, but adoption is much quicker in the mobile area, and we’ll probably see the first services for mobile use cases next year,” he says. 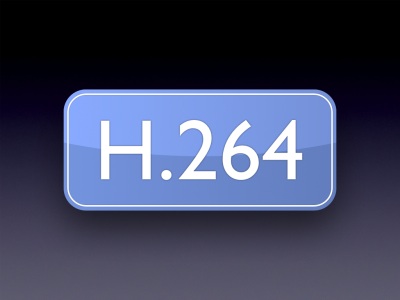 Google’s attempt to create its own royalty-free video standard took a blow last night on news that MPEG LA has declared the popular H.264 codec will be made available royalty-free forever.