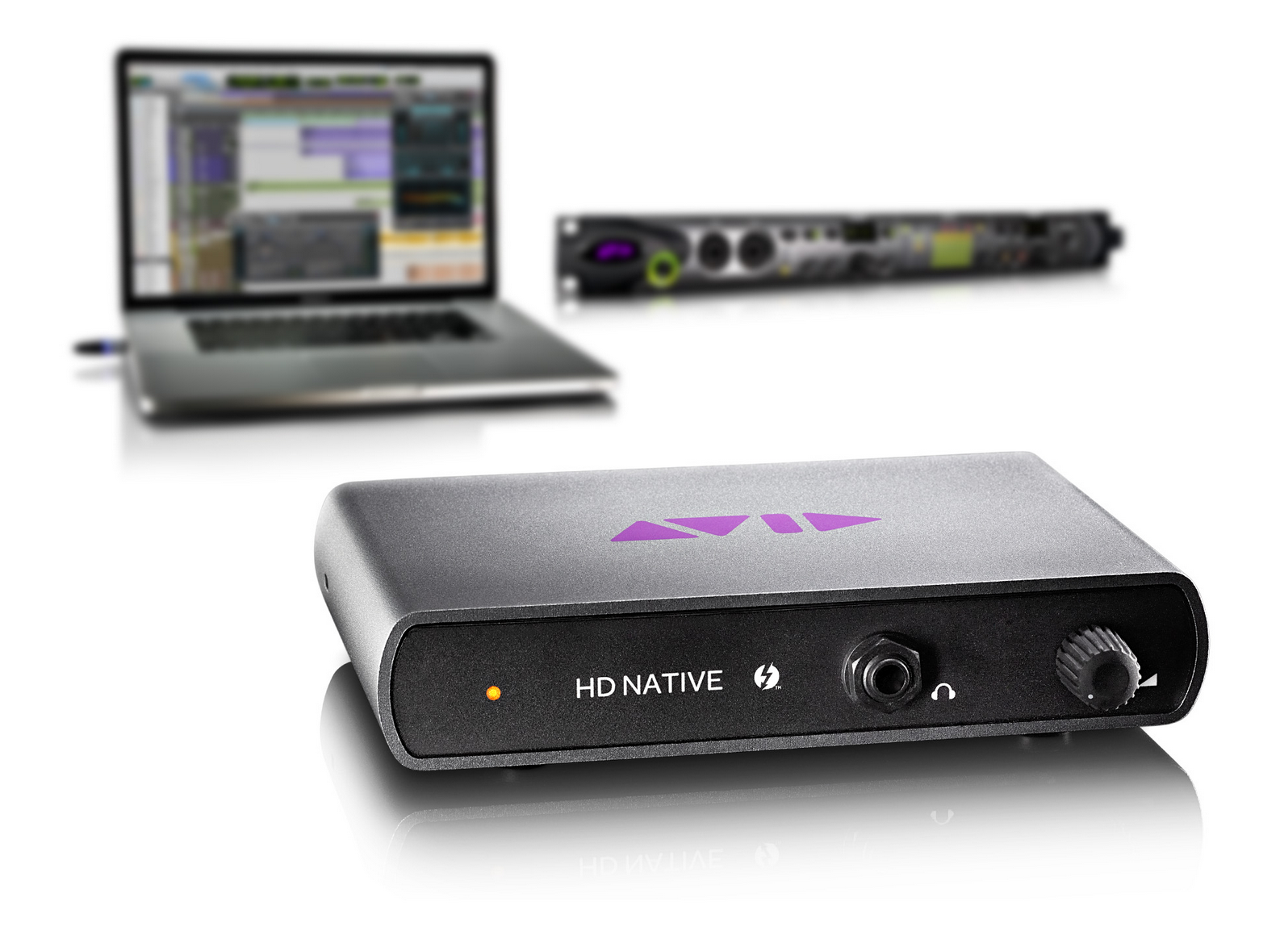 In addition to an “audiophile-grade headphone output” powerful enough to drive high impedance headphones, a few of the benefits of the new Thunderbolt interface according to Avid:

Unlike USB- or FireWire-based DAWs, which are inherently prone to latency, Pro Tools|HD Native employs either a high-speed Thunderbolt interface or PCIe core card to connect Pro Tools HD Series interfaces with your laptop or desktop computer. By eliminating distracting monitor latency while recording, increasing your I/O capabilities, and providing 64-bit floating-point processing for more headroom and a higher mix resolution, you get a professional native solution that meets the highest audio standards.