As expected, FAA permits use of electronic devices during all phases of flight 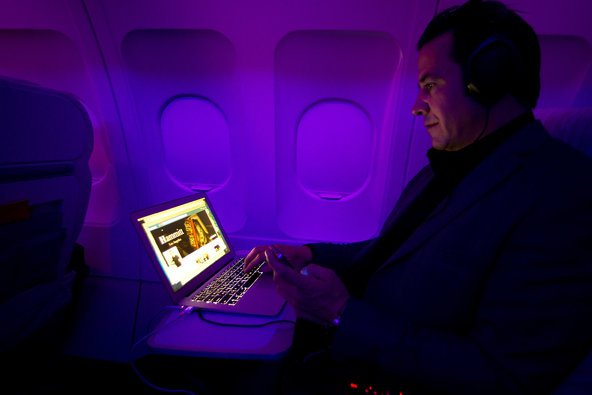 As first intimated back in March and pretty much a done deal in September, the FAA has confirmed that use of portable electronic devices by airline passengers will be permitted from gate to gate. Cellular devices must be in flight mode throughout, and you cannot make voice calls, even via Wi-Fi.

The ruling only gives the go-ahead to airlines, so there’s no saying when individual airlines might start applying the policy, but it’s unlikely to be before next year.

One uncertainty remains: the FAA says that approval is for ‘lightweight’ devices and gives examples, but doesn’t actually specify a weight.

Once an airline verifies the tolerance of its fleet, it can allow passengers to use handheld, lightweight electronic devices – such as tablets, e-readers, and smartphones—at all altitudes

It’s not immediately clear whether the permission includes laptops. Given the rather thin line between a lightweight laptop and a tablet, not to mention the difficulty non-technical cabin crew would have distinguishing a tablet with keyboard accessory from a laptop, this seems something of an oversight. Perhaps the rules should allow anything with an ‘Air’ in the name …