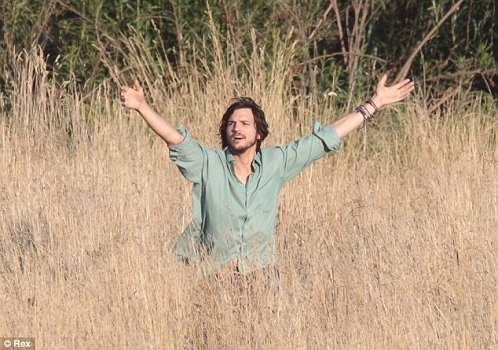 French website Premiere (via DailyMail) just posted a few pictures of Ashton Kutcher acting like Steve Jobs under the influence of LSD during a scene shoot for the upcoming biopic on the late Apple co-founder.

The actor appears delirious and euphoric with his arms outstretched while in the grassy California field. Jobs confessed on many occasions that the effects of LSD inspired him and served as one of the “most important experiences” of his life.

Here is a clip from “Pirates of Silicon Valley,” where Noah Wyle also portrays Jobs high on Acid: