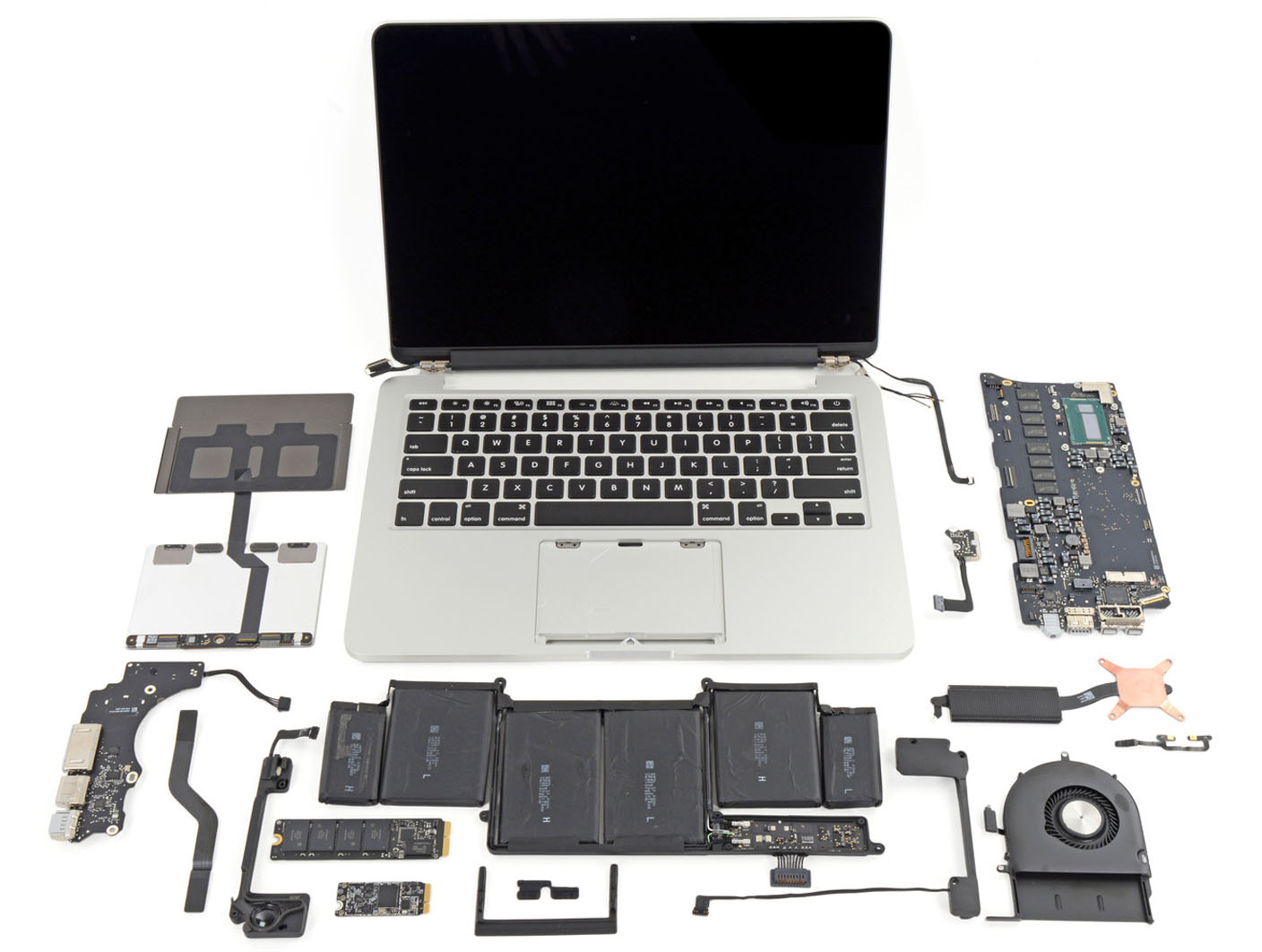 Teardowns of the new  13-inch and 15-inch MacBook Pro models reveal lots of shiny technology, but with the machines following the construction lead of the MacBook Air, it’s no surprise to see IFixIt giving both models low scores for repairability. The extreme difficulty in removing both battery and trackpad mean both models get even worse scores than the Air, at just 1 out of 10.

As with the Air, RAM is soldered directly to the logic board, so if you think you may need more in the future, take a deep breath and pay Apple’s price for the 16GB upgrade as there is no way to upgrade it later. IFixIt also draws particular attention to the difficulty of replacing the battery,

More details and photos below the fold …  END_OF_DOCUMENT_TOKEN_TO_BE_REPLACED