It appears that Apple is offering $50 off across the board yielding savings of 6-10% depending on the original price.  This is the first time Apple has offered the 3rd generation iPad refurbished at the Apple Store.

Apple’s refurbished iPads get a new battery and encasement and come with the same 1 year warranty as new iPads. END_OF_DOCUMENT_TOKEN_TO_BE_REPLACED 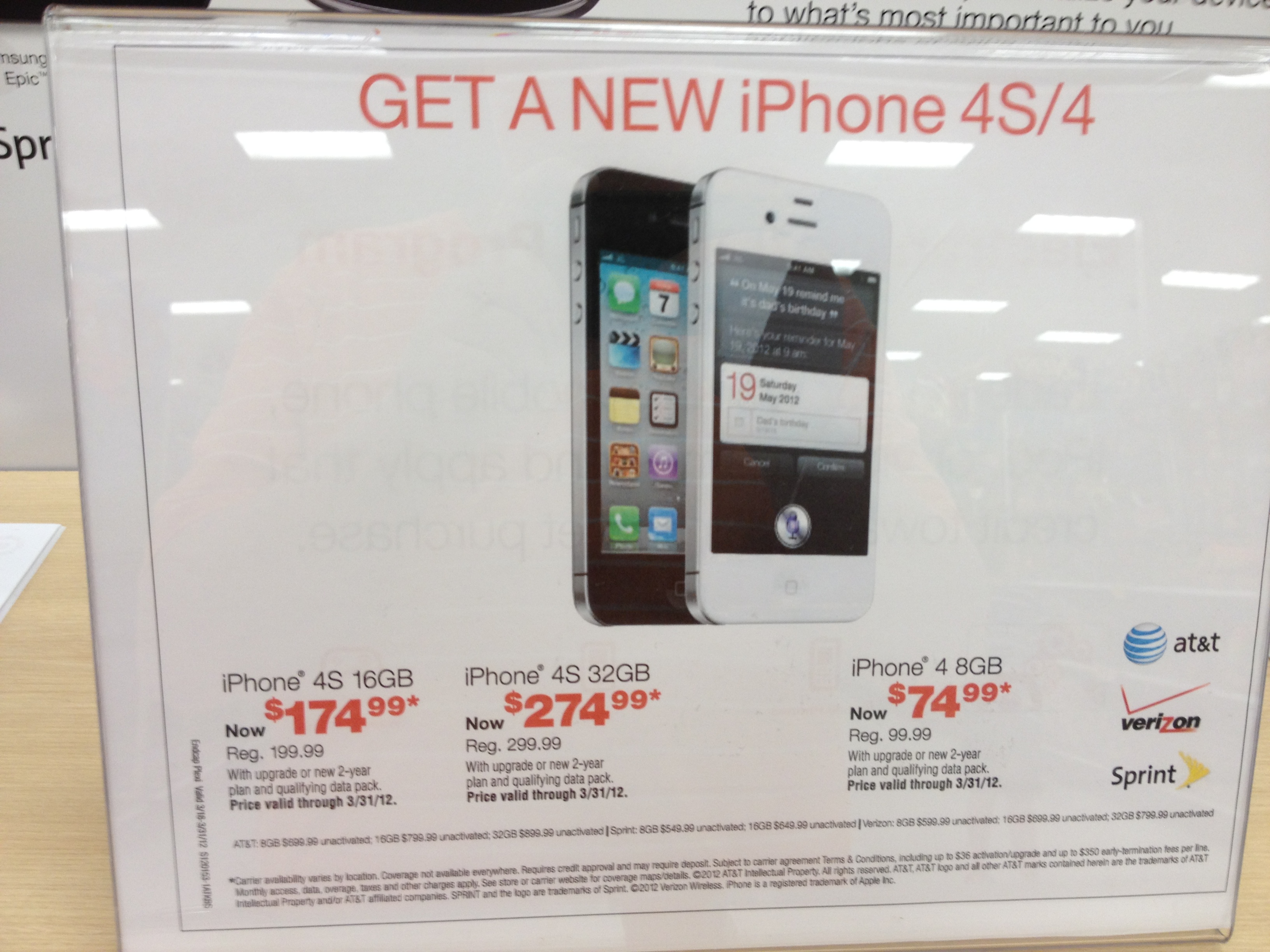 According to an in-store iPhone advertisement in at least one Target location in Orlando, the store is offering $25 off the 8GB iPhone 4 and both the 16GB and 32GB iPhone 4S models until the end of the month. A tipster sent the image above showing the deal is offered for upgrades or on a new two-year contract available through AT&T, Verizon, and Sprint depending on your location. 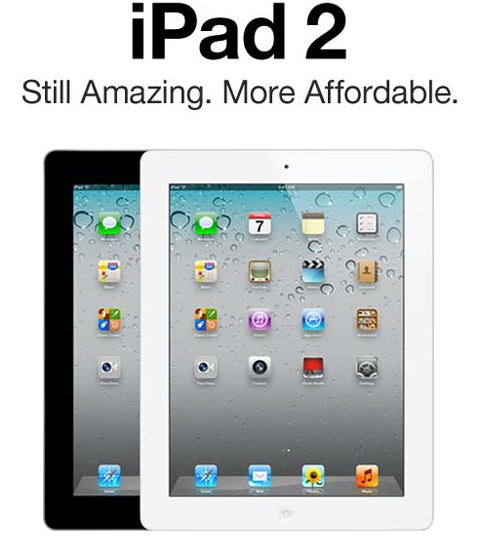 We are also noticing some of the best prices ever on iPad 2s. When Apple dropped the price of the iPad 2 by $100 (now starting at $399) after the introduction of the new iPad, retailers immediately started slashing prices even further on the last-generation device. We already saw the 16GB entry-level iPad 2 go for as low as $360, and today 9to5Toys pointed us to a 32GB model in white or black for $449 from Go4Computers through eBay Daily Deal. That deal includes free shipping and no tax (outside Florida), and the same goes for the 8GB iPod touch, which is usually $199 but now goes for $169.

If you live close enough to swing by a local Micro Center, it is currently offering the 16GB Wi-Fi only iPad 2 for $359.99.
END_OF_DOCUMENT_TOKEN_TO_BE_REPLACED