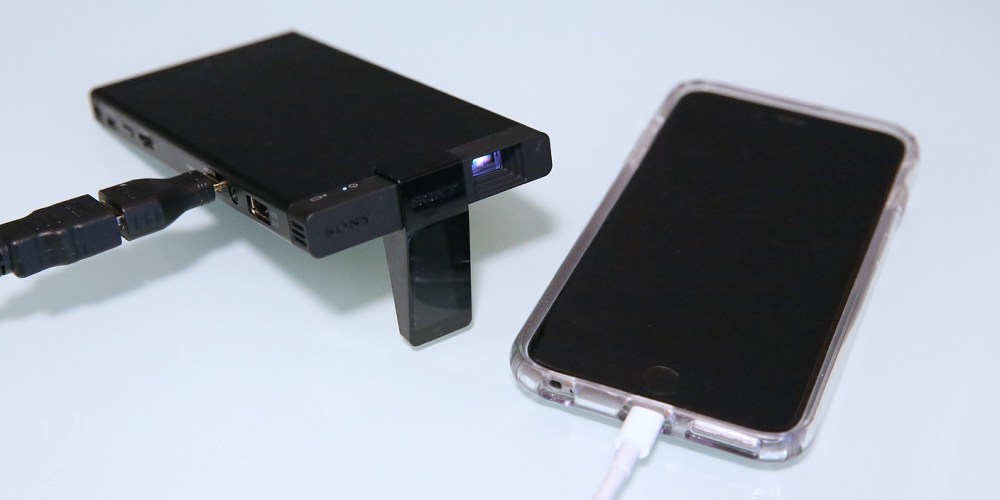 I knew Celluon had something special on its hands when I reviewed the $349 pocket-sized video projector PicoPro earlier this year: the Korean company known for laser-projecting keyboards released an iPhone 6 Plus-sized HD projector, capable of simulating a TV using lasers, a speaker, and a rechargeable battery. PicoPro’s projection system was MicroVision-developed and laser-sharp, requiring no manual focus knob — an advantage over rival projectors such as the otherwise more powerful AAXA P700 and ST200, which I subsequently reviewed and liked.

This week, Sony is entering the pico projector market with MP-CL1 ($350), which uses the same MicroVision laser projector found in PicoPro. Sporting the same 1920×720 resolution and putative 32-lumen brightness/80,000:1 contrast ratio as PicoPro, MP-CL1 promises to create a 40-inch TV image at 4-foot distances, an 80-inch image at 8-foot distances, or a (very dim) 120-inch image at 12-foot distances. Sony has pitched it as a “take it anywhere” big screen display for the iPad, iPhone, and PlayStation 4; it’s equally viable for Apple TVs and HDMI-ready Macs. So which is the better value: MP-CL1 or PicoPro?…