Reminder: Apple’s Back to School program ends September 21 (why does that date ring a bell?)

Just a reminder: Apple’s Back to School promotion ends Sept. 21. That also happens to be the rumored next-gen iPhone launch date. Coincidence?

END_OF_DOCUMENT_TOKEN_TO_BE_REPLACED 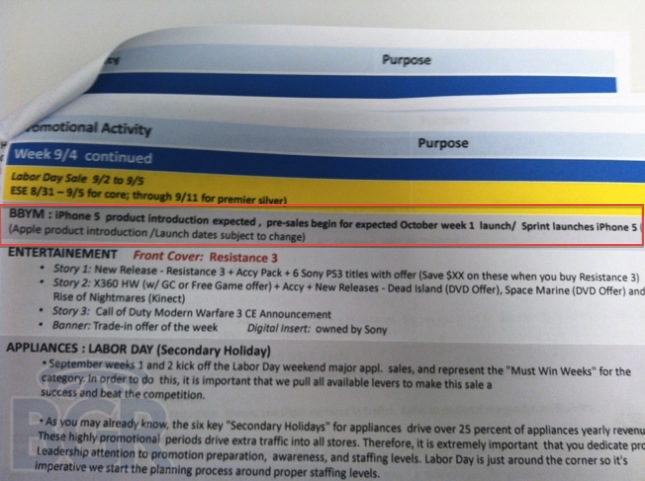 BGR reports that Best Buy’s internal sales forecast is expecting an iPhone 5 on Sprint with pre-sales beginning the first week in October.  That lines up with our earlier report, though as both we and the Best Buy statement mentioned, launch dates are subject to changes.

We first reported news of a Sprint iPhone 5 back in June which followed clues in April when Apple beefed up its cellular engineering team in Kansas City, which is Sprint’s HQ. END_OF_DOCUMENT_TOKEN_TO_BE_REPLACED