While the company gave attendees of the Tokyo Game Show a sneak peek of its new PlayStation app coming to iOS devices alongside the release of the PlayStation 4 later this year, Sony has now provided more details on its blog with some high quality screenshots of the app (of the Android version, at least).

As noted by President of Sony’s Worldwide Studios Shuhei Yoshida, the app will let users send invites to multiplayer games, purchase and start downloading games PS4 games from the PlayStation network, as well as send voice and text messages to users on PS4:

“It’s an application that anyone can download for free on iOS and Android devices,” he explained…“There are a variety of things you can do with it. You can connect to your PlayStation profile, and send messages – even voice messages – to friends between your smartphone and PS4…“A friend on PS4 can also send out an invitation for a multiplayer game, which you can then check on the App, and you can also purchase PS4 games from PlayStation Store. Your game will immediately start downloading while you’re away.” 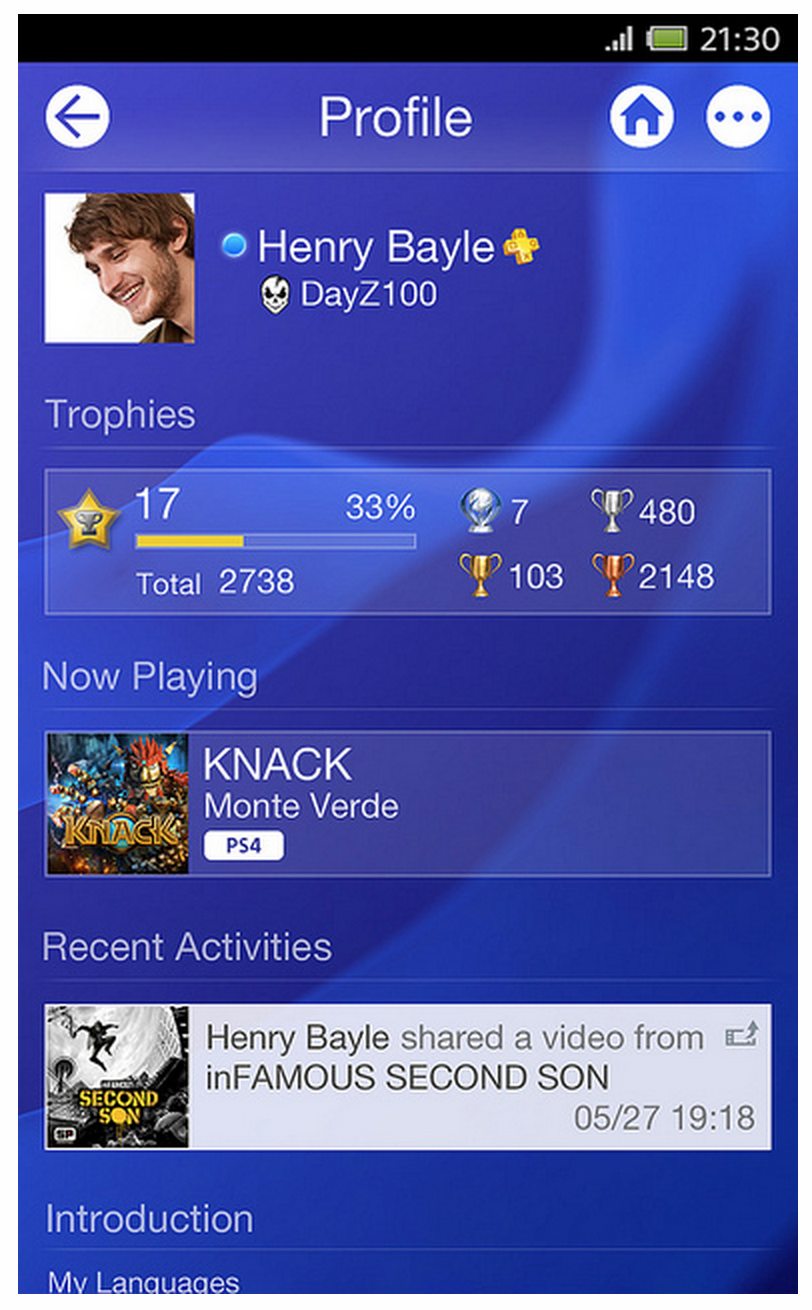 Sony’s blog post also notes that users will be able to “compare trophies, view friends’ activity (including recorded or live-streamed gameplay on PS4) and access all the latest PlayStation Blog news.”

Perhaps the most notable feature of the upcoming PlayStation app, however, is the ability for developers to build in a second-screen experience for PS4 games:

PlayStation App will also offer ‘second screen’ gameplay features on enabled titles. For example, during the TGS presentation Yoshida-san showed how the app interacts with THE PLAYROOM – he drew a picture of Knack on his smartphone’s touch screen and then pushed it into the PS4 game on his TV, allowing the game’s bot characters to play with the item he’d created.“But smaller developers can use PlayStation App to connect to PS4 and load an application, like drawing software for example, so that you don’t have to download and install a specific app on your smartphone. It’s open to all PS4 developers to use.”

The app is expected to launch for both iOS and Android alongside the launch of the PS4 in November.