Update: You can now pick up the SoundLink at Amazon

Bose had a little event today at Grand Central Station just footsteps away from the Apple Store to announce and demonstrate their new portable products.

We’ve rated the Best Portable Bluetooth Speakers on the market (TL;DR: Overall winner, Best Value, Best sound, Best Portable/Sound, Apps/Updates, more) but clearly there is some room for the $199 Bose SoundLink Mini Bluetooth speaker at the top end. Bose gave us a listen and I don’t think I’ll ever be the same after hearing such rich sound out of a small device (which weighs about as much as an original iPad and can be stowed away in a coat pocket). It certainly gives the much larger Logitech Boombox a run for its money in volume and edges it in clarity. The downsides are that it is bigger/heavier than the Beats Pill or the Logitech Mini Boombox, it charges via a proprietary AC adapter and it isn’t Bluetooth 4.0.  The sound quality will make those little things melt away, I promise.

The Soundlink speaker will be released on July 11th but pre-orders begin today at Bose retailers. 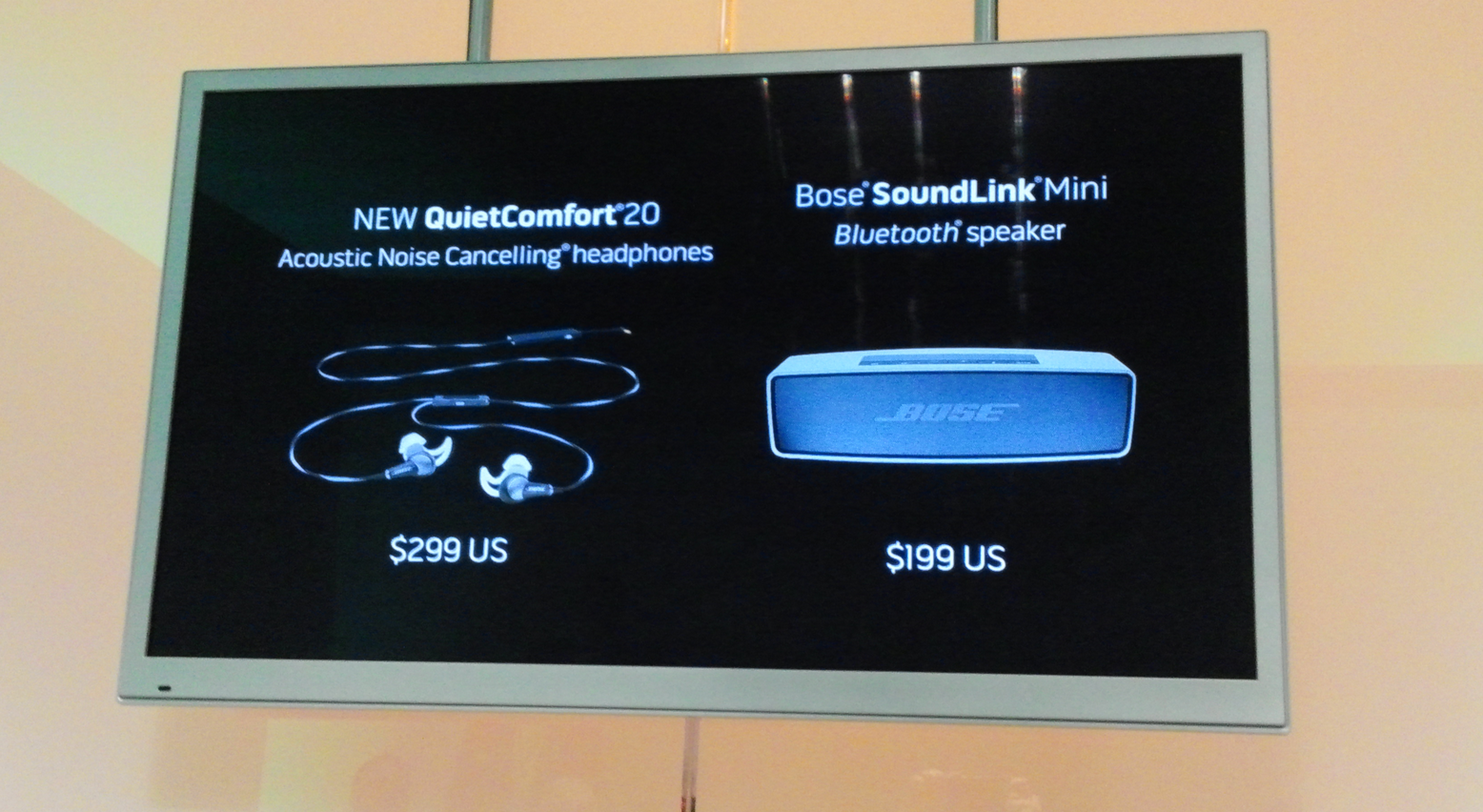 Bose also introduced a new level of noise canceling headphones called the QuietComfort 20 and 20i. We got to put some on and hear aircraft level noise disappear while noise canceling features were activated. Bose also has a mid-level noise cancellation mode that can be activated with a switch on the cord and still allows you to hear voices and other important noises you might want to be alerted to. Music is amazing as you’d expect and the buds fit incredibly comfortably in my ears.

Both products are highly recommended. Details in the Press release that follows…