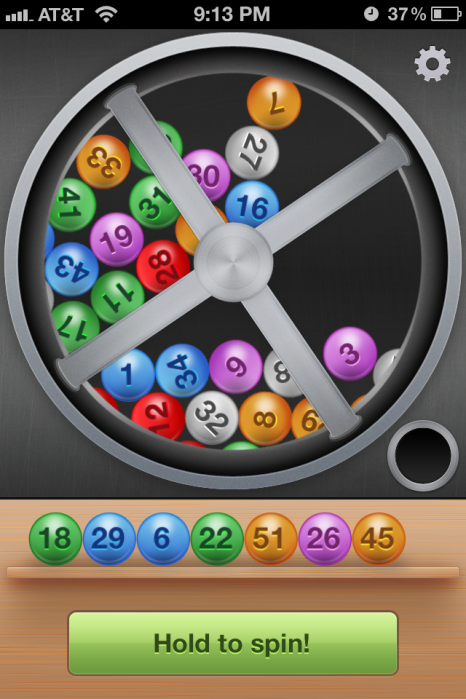 Prominent iOS application developer, and friend of the website, Steven Troughton-Smith released a neat new iPhone and iPod touch application called “The Lotto Machine“ that is a random number generator. Besides the great design, the application is unique because of its physics engine. The physics engine is best demonstrated when a user holds down the “Hold to spin!” button that cranks the wheel. The new application also shows off its accelerometer usage when a user tilts their device. As you can see in the video below, as a user moves their phone around in space, the lottery balls also move: