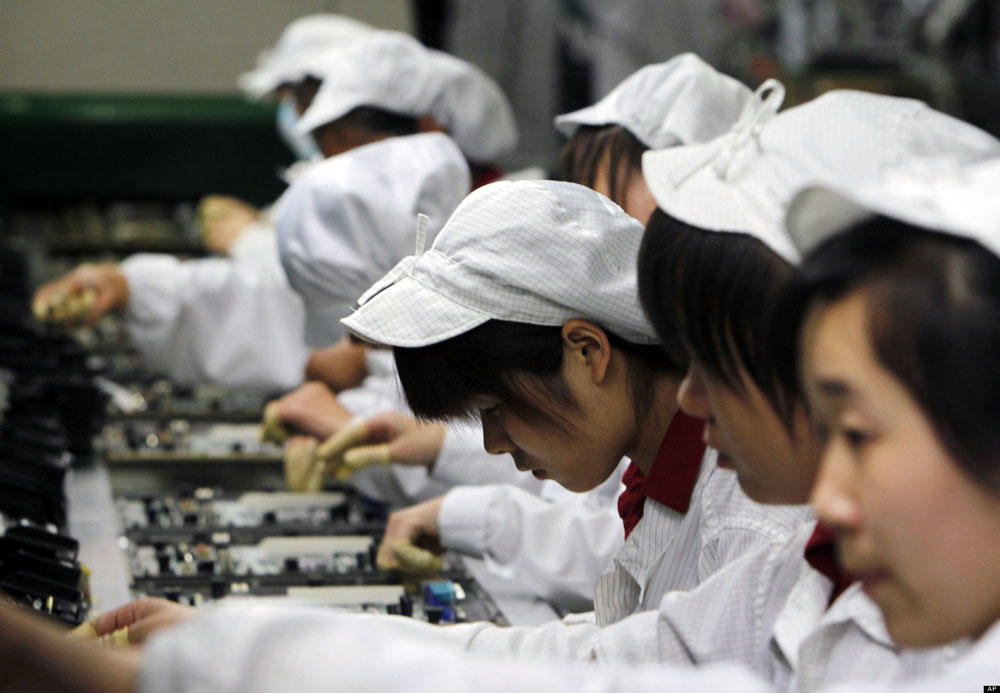 Update: Apple has issued a statement stating that it sent medical experts to investigate and found no link to the boy’s employment. It has not commented on the fact that the worker was under-age, but it has been revealed that he used his 21-year-old cousin’s ID to get the job.

Last month we sent independent medical experts from the U.S. and China to conduct an investigation of the (Pegatron) factory. While they have found no evidence of any link to working conditions there, we realize that is of little comfort to the families who have lost their loved ones.

Apple has a long-standing commitment to providing a safe and healthy workplace for every worker in our supply chain, and we have a team working with Pegatron at their facility to ensure that conditions meet our high standards.

China Labor Watch says Pegatron has failed to properly explain the deaths of five young workers at a factory making the iPhone 5c, including one who was found to be just 15 years old, reports the Sydney Morning Herald.

Pegatron, the Taiwanese manufacturer that employed him, said the workplace environment at the Shanghai plant was not the cause of his illness. But a spokeswoman acknowledged that several other young workers at the factory had also died in the past few months […]

“Considering the sudden deaths of five people and the similar reason of the deaths, we believe there should be some relations between the tragedy and the working conditions in the factory,” said Li Qiang, who runs China Labor Watch …  END_OF_DOCUMENT_TOKEN_TO_BE_REPLACED