One 'unit shipments' story May 2014
See All Stories 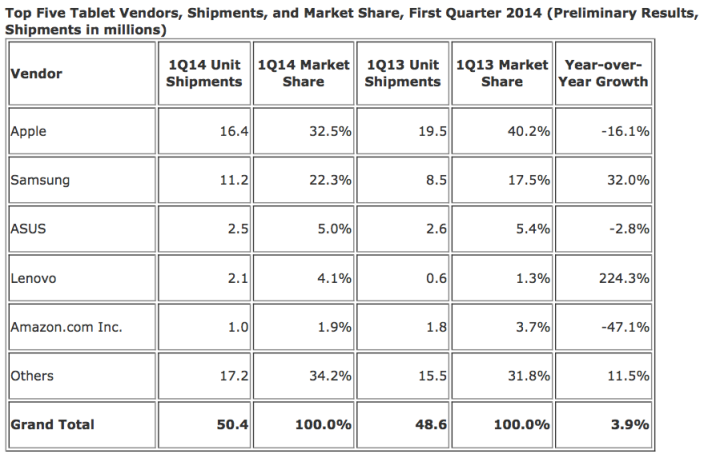 Research firm IDC is out today with new data on the state of the tablet and 2-in-1 market in the first quarter of 2014. As you might expect after Apple’s most recent earnings report, Q1 unit shipments of iPad were down by 3 million from 19.5 million to 16.4 million between 2013 and 2014. For its part, Apple attributes its Q1 2013 iPad sales as inflated due to demand for iPad mini in Q4 2012 being fulfilled in the following quarter when supply was less constrained.