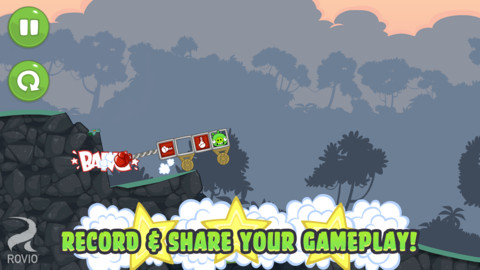 Rovio has updated its popular Bad Piggies title for iPhone today with a ton of new content including 15 new levels, a new feature that lets users record and share tricks, an all-new sandbox, and a selection of new in-game gadgets.

The app, however, is yet to receive Rovio’s just announced ‘Account’ feature that lets users save game progress in the cloud and resume playing on any device.

The HD iPad version of the app receives the same update.

Rise and swine! It’s a beautiful morning, but the Bad Piggies have just one thing on their mind: FOOD! Use two ALL NEW gadgets in these 15 NEW LEVELS to track down some elusive chocolate cake!

Record your best tricks in-game and share through your favorite social networks!

Punch your way to victory with the new spring-loaded Boxing Glove!

Fill your need for speed in a new Road Hog challenge!

Go crazy in an all-new sandbox!