Considering an iOS 10 downgrade? Here are a few things to keep in mind 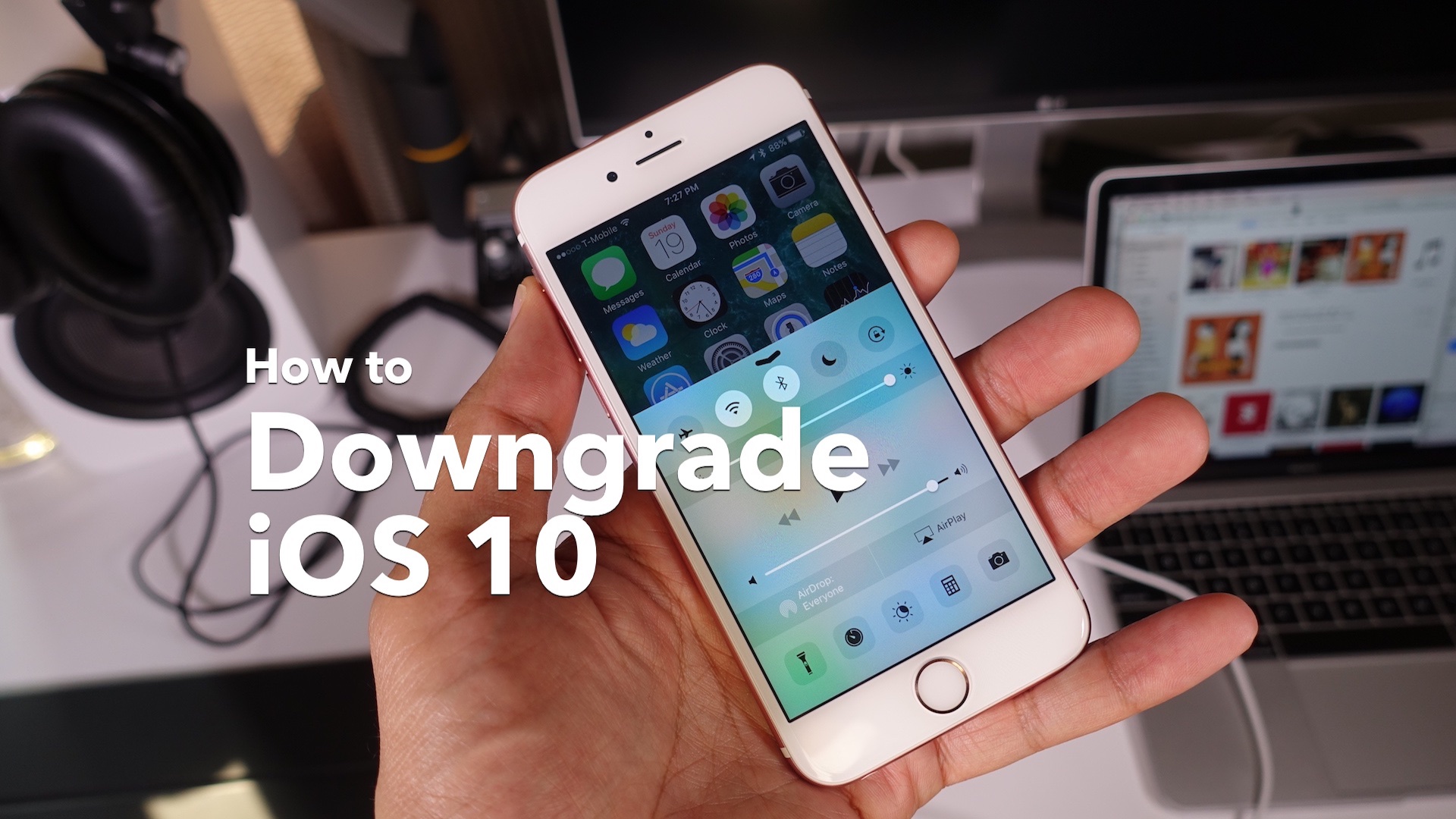 Many developers are currently enjoying iOS 10, and I suspect that not less than a few non-developers are enjoying it as well. But with the news that an iOS 9.3.2 jailbreak might soon be released, it may be time for some of you currently on iOS 10 to start thinking about downgrading.

Things to keep in mind

When it comes to downgrading from iOS 10 back to iOS 9, there are two main ways to do so. There’s the clean restore method, which wipes your device, and starts over from scratch; and there’s the update method, which allows you to retain much of your data and settings.

Both methods have advantages and disadvantages, but if I had to recommend one method, it would definitely be the clean restore method. A clean restore will purge all of your data and personal settings, but it’s also a guarantee that everything will work as expected upon restore.

The update method helps retain some of your data, but it won’t retain Messages app history or Phone app history. It can also introduce crashing problems with certain apps like the Music app.

The presence of iCloud makes it easy to restore data back to device regardless of which method is used, but content like Messages and Phone call history will most likely be lost.

The issue with backups

If you installed iOS 10 and allowed iCloud to perform a backup, then you will not be able to restore that backup once you downgrade back to iOS 9.3.2.

Backups created on iOS 10 cannot be applied to lesser versions of iOS. You’ll see an (iOS 10.0 Required) label on the backups found during the iCloud restore process. The same is true for backups performed via iTunes, although there are certain workarounds that users have employed in an attempt to get around that restriction. 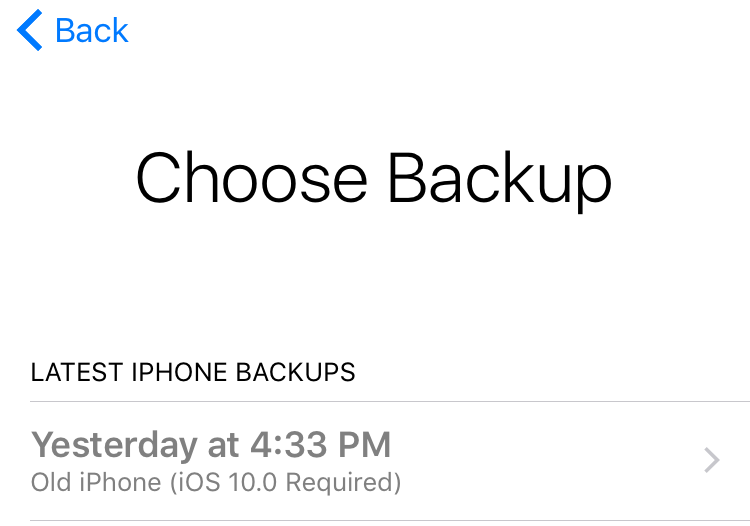 There are methods for retaining message history on restores, but doing so is beyond the scope of this particular tutorial. Keep in mind that Apple does not sanction downgrades from beta versions of iOS, so proceed at your own risk.

How to downgrade back to iOS 9 using a clean restore

Step 1: Back up your iOS device.

Step 3: Connect your iOS device to your computer via USB.

Step 4: Launch iTunes and open the Summary page for your iOS device.

Step 5: Hold the Option ( ⌥ ) key and click the Restore iPhone button. (Windows users will need to hold Shift instead of Option).

Your iOS device will now be downgraded back to iOS 10. It will take a while for the process to complete, so be patient.

How to downgrade back to iOS 9 using the update method

Step 1: Back up your iOS device.

Step 3: Connect your iOS device to your computer via USB.

Step 4: Launch iTunes and open the Summary page for your iOS device.

Step 5: Hold the Option ( ⌥ ) key and click the Check for Update button. (Windows users will need to hold Shift instead of Option).

Your iOS device will now be downgraded back to iOS 9. This method makes it so that your device updates while keeping most app data, Home screen layout settings, etc. It will take a while for the process to complete, so be patient. In the video walkthrough below, I’ve sped up the file extraction and installation process to save time.

Step 7: When prompted, Slide to upgrade and the enter your passcode to complete the process.

Once Apple stops signing iOS 9.x.x, neither downgrade will work, but considering it’s only July, Apple will continue signing the latest version of 9.x.x until sometime after iOS 10 is released publicly.

Are you currently running the iOS 10 beta? Have you contemplated downgrading? If so, are you considering downgrading due to the rumored iOS 9.3.2 jailbreak, or for some other reason?