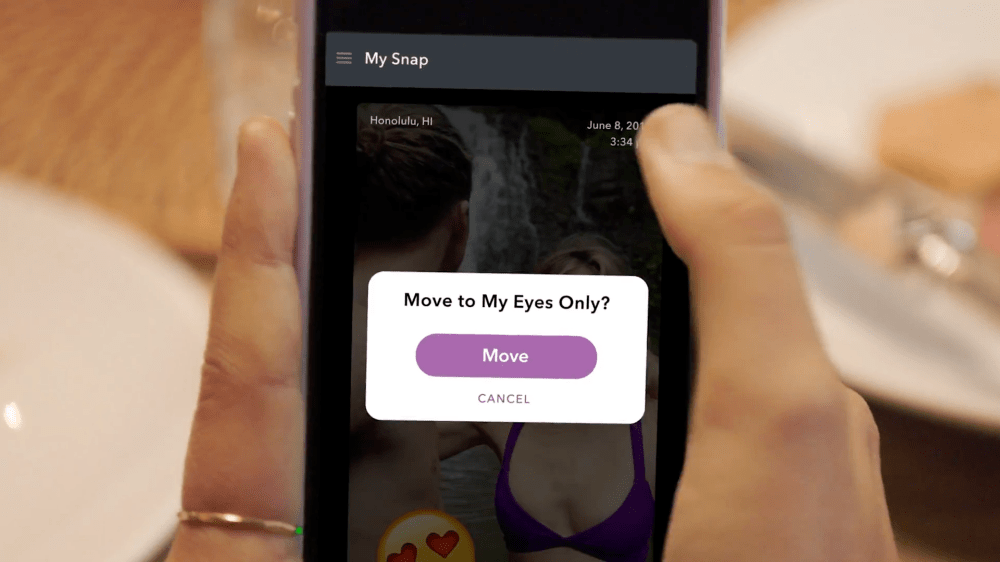 Snapchat’s latest update introduces a brand new feature called Memories which lets you save Snaps and Stories in your own personal collection. Memories lets you capture and save pictures and videos in Snapchat instead of the Camera Roll in Apple’s Photos app by default.

Snaps that you take in the moment can also be saved to Memories then re-used in your Story later one. Snaps used in Stories from Memories will feature a special frame to let viewers know it’s from sometime before.

It’s super easy to find the Snap or Story you’re looking for in just a few seconds by typing keywords like “dog” or “Hawaii” — that way you can spend less time searching and more time enjoying your Memories.

Snapchat says Memories are backed up by the service, not Apple, unless you use a Memory in your Story or set it to My Eyes Only which moves it from the view you may share with friends.

We realized that Snapchatters want to feel comfortable showing their Memories to friends while they’re hanging out together, so we made it easy to move Snaps and Stories to My Eyes Only — and avoid awkward moments when a friend stumbles upon a Snap meant just for you.

Not every will have access to Memories just yet however. Snapchat says it will be rolling out Memories “selectively over the next month or so” so keep an eye out for the update in your app.

Snapchat’s Memories feature mirrors some of what Apple is bringing to Photos in iOS 10 with searchable keywords. Apple’s Photos app also introduces a new feature called Memories, which acts more like a customizable slideshow rather than a Camera Roll replacement like in Snapchat’s case.

Snapchat is available for free from the App Store. See Memories in action below: