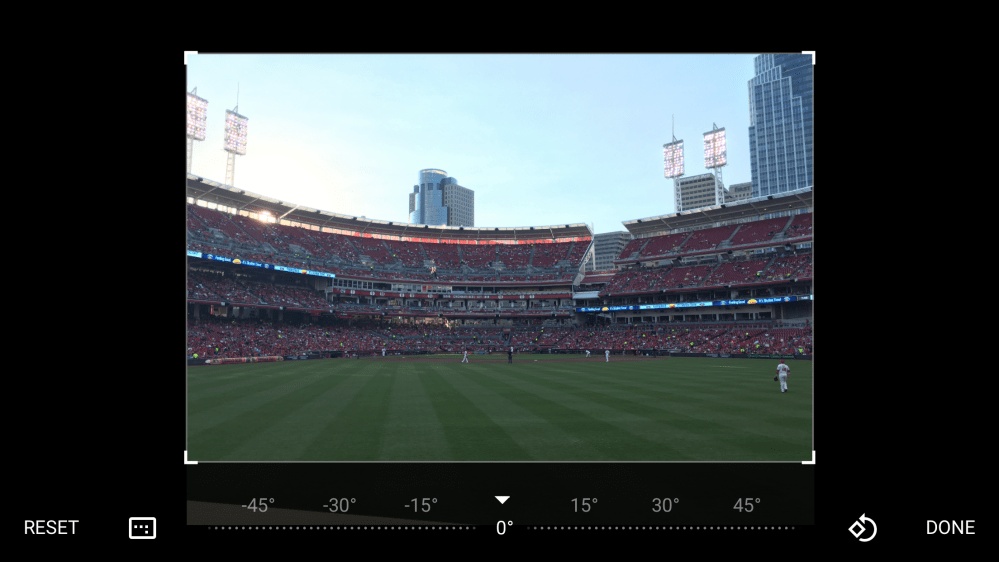 Following the update to Hangouts for iOS yesterday, Google today has pushed a new update to Google Photos for iOS. The update brings the app to version 1.12.1 and includes a few useful changes and speed improvements.

Finally, Google has brought a new cropping tool to Google Photos for iOS, as seen in the screenshot above. The tool allows users to easily adjust their photos on-the-go.

The full changelog is below:

New in this update:

Yesterday’s Hangouts for iOS update brought improved group messaging capabilities, including the ability to boot other members from a group.

Google Photos is available on the App Store.