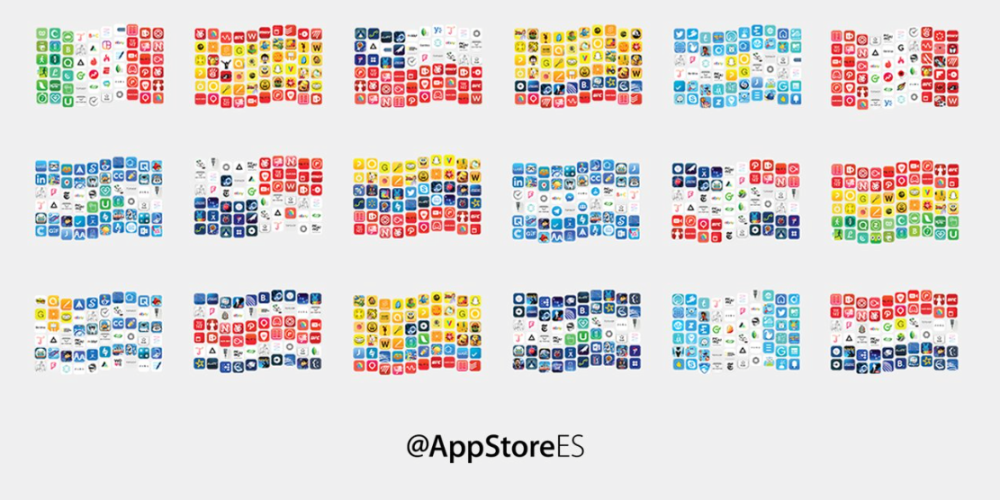 Apple today has quietly started a Spanish language account on Twitter for the App Store. The purpose of the new Twitter feed is to reach a broader audience when it comes to marketing and promoting applications. The account carries the username of @AppStoreES and is touted as offering “all you need to know about apps directly from the App Store editorial team.”

The account has thus far shared three tweets. The first is a short GIF welcoming people to the account. It reads, “Hello! Welcome to the official channel of the App Store, completely in Spanish!” The second tweet includes an image of a variety of different country flags, each made up of the icons of popular apps. This tweet reads, “We have something for you.”

Finally, the last tweet includes a video showing the icons of a handful of popular apps, including Slack, Evernote, Waze, Trivia Crack, Uber, and more. This tweet says, “Apps for iPhone, iPad, Apple TV, Apple Watch and Mac to ❤️. Every day.”

Apple first introduced the English App Store account back in 2011, following it up with another App Store feed focused solely on gaming. Perhaps most notably, however, Apple earlier this year launched the @AppleSupport Twitter account to offer tips and tricks and respond to customer support queries.