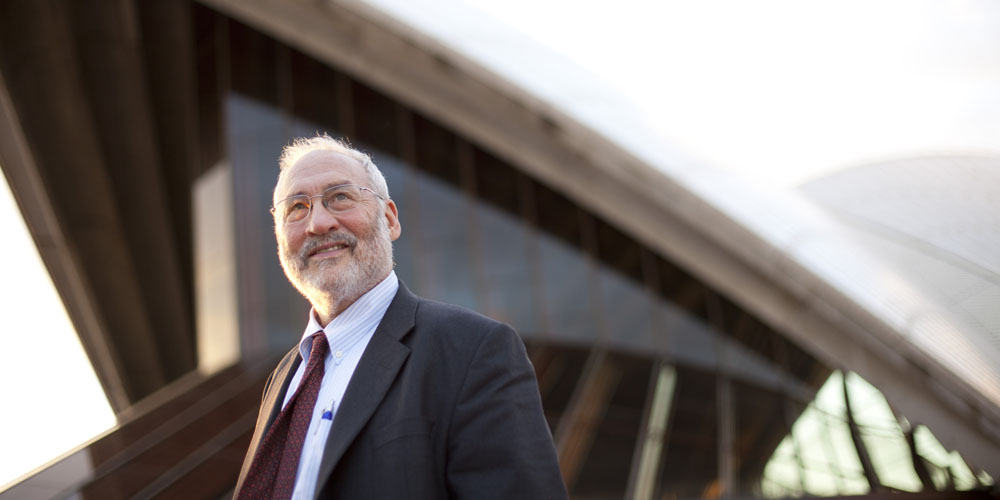 Nobel prize-winning economist Joseph Stiglitz has said that the arrangements by which Apple attributes a large chunk of its European sales to a small unit in Ireland amount to a ‘fraud.’ Bloomberg reports that Stiglitz made the comment when asked about the feasibility of Clinton and Warren developing a plan to repatriate Apple’s overseas cash …

Stiglitz is a professor at Columbia University, and the former SVP and chief economist of the World Bank. Most of his criticism was aimed at the U.S. tax system, which he said was ‘obviously deficient’ in allowing companies to hold a large amount of cash outside the country, and permitting a loophole known as transfer-pricing, which effectively allows companies to choose the countries in which they pay most of their tax.

He did, however, strongly criticize Apple for basing its European HQ in Ireland, and funneling all European sales through it in order to reduce its tax liabilities.

Here we have the largest corporation in capitalization not only in America, but in the world, bigger than GM was at its peak, and claiming that most of its profits originate from about a few hundred people working in Ireland — that’s a fraud

The European Commission has long been investigating Apple’s tax arrangements in Ireland, and seems likely to declare them illegal. If that is indeed the case, it will be the Irish government – and not Apple – that would be in breach of the law, but Apple has warned shareholders that it would have to repay underpaid tax which has been independently estimated at more than $8B.

Apple declined to comment to Bloomberg, but the piece notes that Apple has called for corporate tax reform to allow the company to repatriate overseas cash at a ‘reasonable’ rate of tax.

For a background on how Apple’s Irish tax arrangements work, and why they are likely to be found illegal, check out my opinion piece from earlier this year.