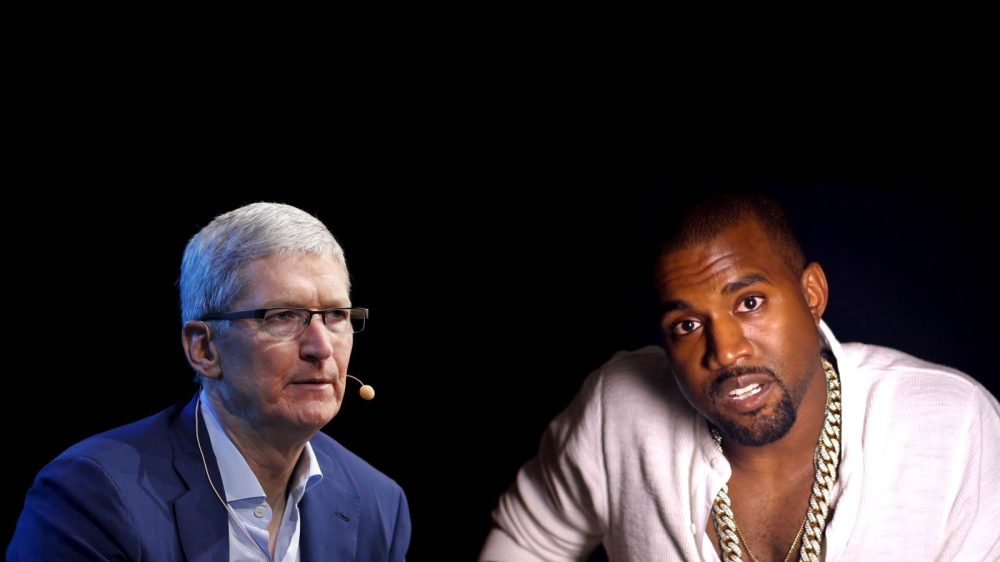 Over the past year, Kanye West has become known for his bizarre Twitter tirades. Earlier this year, the rapper publicly asked Mark Zuckerberg, Larry Page, and other tech moguls to invest “$1 billion into Kanye West ideas.” This afternoon, Kanye hopped on Twitter to criticize an apparent “beef” between Apple Music and Tidal.

West criticized the relationship between the two companies, saying that it is ultimately hurting the music game. In order to solve the problem, Kanye says that he would like to have a meeting with Apple executives Tim Cook, Jimmy Iovine, and Larry Jackson, as well as Jay Z, Drake, and Scooter Braun.

The rapper says that Apple needs to “give Jay his check for Tidal now and stop trying to act like you Steve,” alluding to Steve Jobs. Presumably, West is referring to the rumored acquisition talks between Tidal and Apple. He seems to be on the side of wanting Apple to purchasing the Jay Z-owned company. “We all gon be dead in 100 years, let the kids have the music,” West tweeted.

Earlier this week, a report emerged detailing Apple’s tough negotiations with TV networks that were ultimately the reason the company was never able to launch its oft-rumored web TV service. If West’s tweets are to be believed, it sounds like Apple is once again being hard to negotiate with in its quest to buy Tidal. While a report emerged earlier this summer claiming that Apple was in talks to buy Tidal, nothing else has been said since then.

Perhaps contributing to this “beef” between Tidal and Apple, Kanye West exclusively released his album The Life of Pablo on Jay Z’s service earlier this year, proclaiming that it would “never” come to Apple Music. A report detailed Apple’s efforts to win the exclusive rights to the album, but the company ultimately failed because West wanted to work with his friend, Jay Z. The Life of Pablo ultimately did come to Apple Music, however.

You can see all of the tweets in Kanye’s latest Twitter tirade below. As the rapper concluded in a previous rant, everyone needs to “shut up and enjoy the greatness.”

This Tidal Apple beef is fucking up the music game.

I need Tim Cook Jay Z Dez Jimmy Larry me and Drake Scooter on the phone or in a room this week!!!

Fuck all this dick swinging contest. We all gon be dead in 100 Years. Let the kids have the music.

Apple give Jay his check for Tidal now and stop trying to act like you Steve.