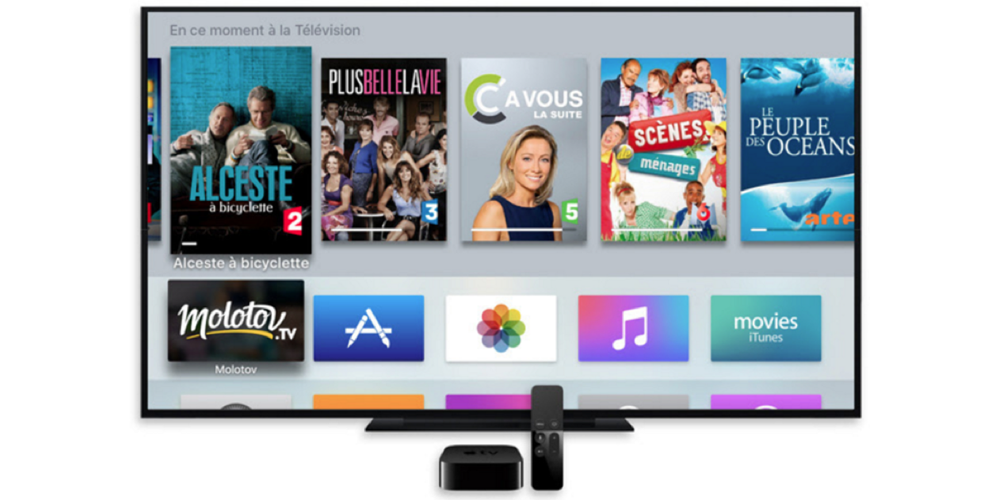 Molotov TV, a popular Netflix alternative in France which combines live and on-demand viewing, has now launched on Apple TV. It’s being touted as an exclusive, though French site iPhone Addict suggests that it’s likely to make it to competitor boxes later.

Back when it was only available on web and iPad, TechCrunch‘s Romain Dillet described it as the service Apple should have built, while Molotov TV’s CEO used a very Apple-like phrase to describe the blend of live programming with store content.

“Molotov isn’t television, and it isn’t Netflix,” Molotov co-founder and CEO Jean-David Blanc told me. “It’s like TV, but we reinvented it.”

The service also has Tivo-style functionality, notifying you of upcoming shows that may be of interest to you. iPhone Addict notes that you can follow an actor or director, and the service will notify you of the release date of an upcoming TV show or movie featuring that person.