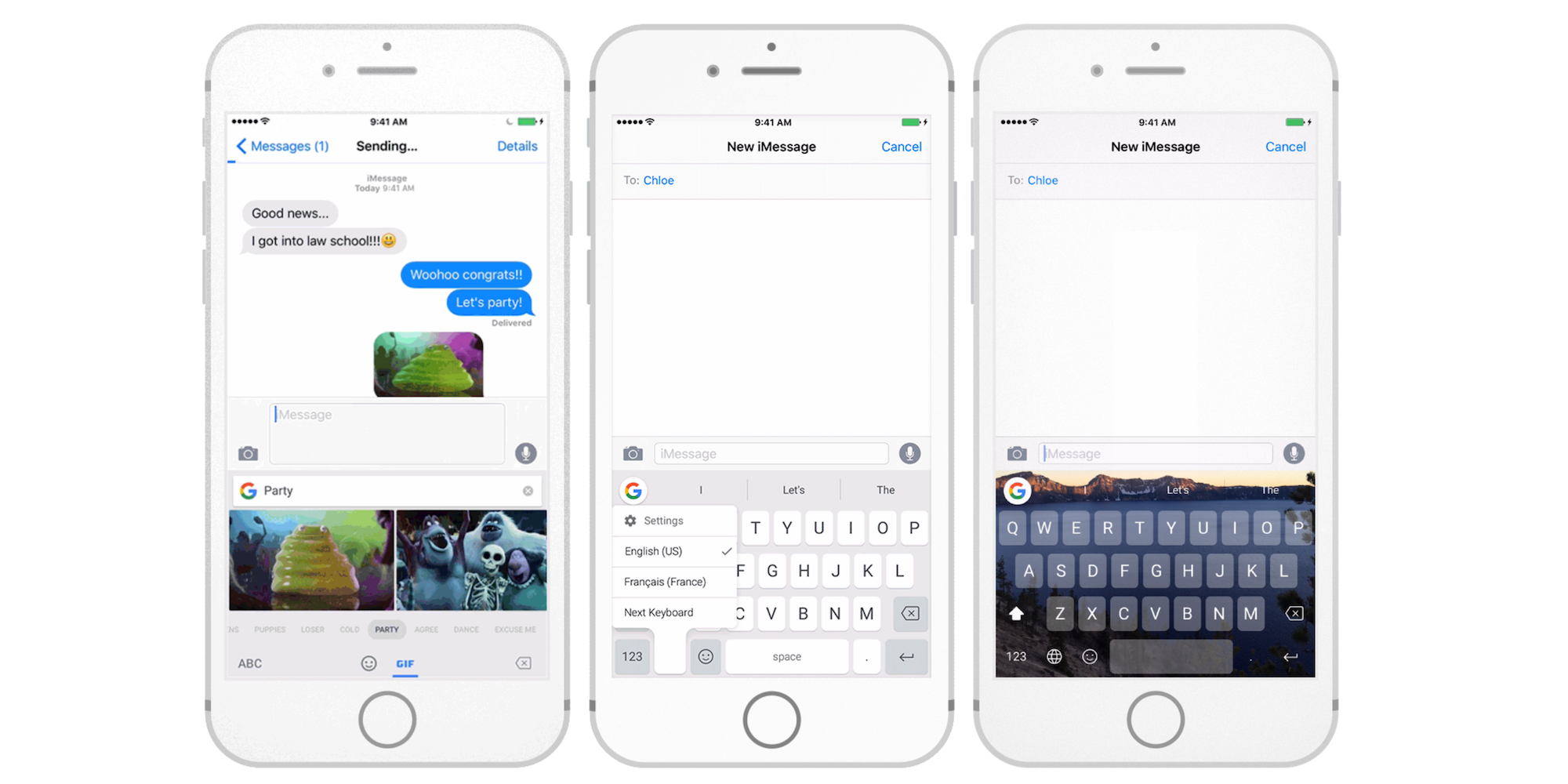 Following a launch of its new Gboard keyboard for iPhone back in May, Google today announced it’s making the app available to users and languages internationally while adding some other new features. The app allows users to send GIFs, emojis, Google searches and more and works like all third-party keyboards on iOS via an App Store download.

Starting today, Gboard now supports French, German, Italian, Portuguese (Brazil and Portugal) and Spanish (Spain). That’s in addition to English support that was previously available for users in the U.S., Europe, Canada, and Australia. The keyboard will default to your device’s language setting:

Download Gboard, version 1.1.0, on the App Store for free.