Poll: With device convergence, has the time now come to make a touchscreen MacBook Pro? 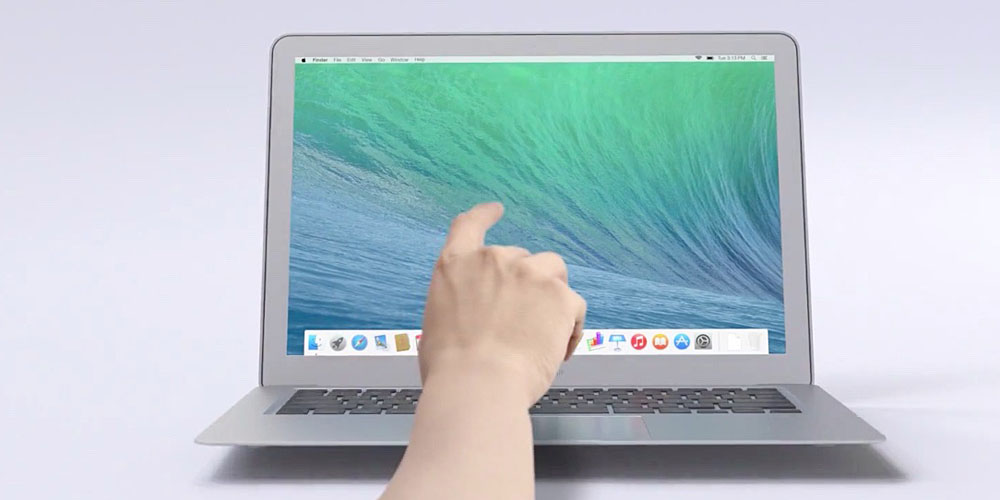 Asked why Apple had never made a touchscreen Mac, Steve Jobs said back in 2010 that it would be a usability fail.

We’ve done tons of user testing on this, and it turns out it doesn’t work. Touch surfaces don’t want to be vertical. It gives great demo, but after a short period of time you start to fatigue, and after an extended period of time, your arm wants to fall off.

There’s no doubt that he was right – if you’re talking about a primary form of input. For computers, a trackpad or mouse is just a better solution.

But the distinction between a computer and a tablet today is much fuzzier, with even Apple touting the iPad Pro with keyboard a full PC replacement. And it appears we’ll be seeing a new touch interface on future MacBook Pros, in the form of a touch-sensitive OLED function-key panel and Touch ID power button.

So has the time come to look again at a touchscreen MacBook … ?

I switch between a MacBook Pro and iPad Pro all the time. At home, the iPad is used as Apple originally intended, as a pure tablet. But outside the home it’s used almost exclusively with a keyboard. It is, for all intents and purposes, a laptop with a touchscreen.

And it works. Sure, it’s not as convenient as a trackpad for some tasks, like selecting text, but for scrolling, tapping links and so on, it works perfectly well. And there are other tasks – like drawing shapes – where a touchscreen is actually a better option than a trackpad today, and touch-optimization of macOS could make it even more useful in future.

So is there now a role for both options on a MacBook? A trackpad as the primary means of control, but a touchscreen as a secondary options for some tasks?

Take our poll, and share your thoughts in the comments.