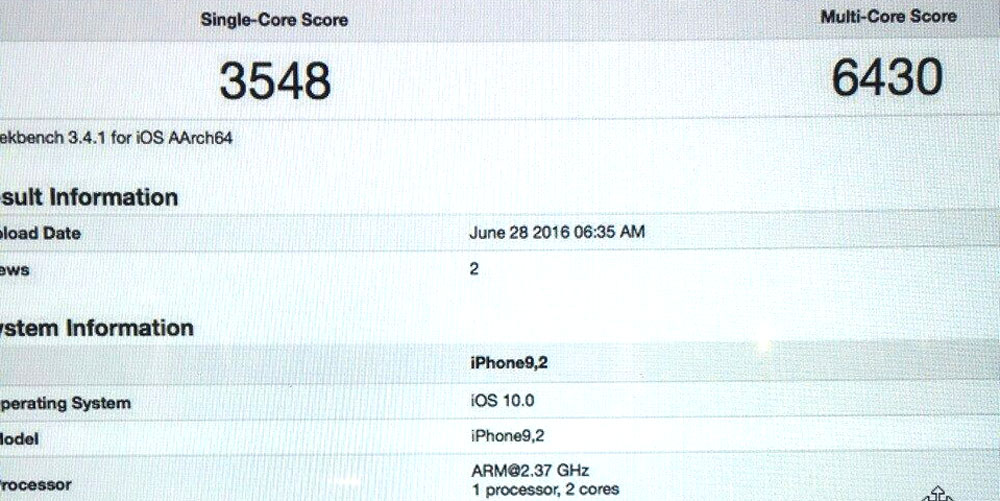 Update: Our skepticism was justified – Primate Labs founder John Poole has now confirmed to us that the test is fake.

A sketchy screenshot from a Chinese forum spotted by TechTastic claims to show a Geekbench test for an iPhone 7 that give the A10-powered device higher scores than the 12.9-inch iPad Pro. The image shows a 2.37GHz device with 3GB RAM and performance scores of 3,548 and 6,430 for single- and multi-core respectively.

The device code of iPhone9,2 is consistent with Apple’s naming system, and the 3GB RAM shown matches a KGI report from May, which claimed that both/all iPhone 7 models would get a boost from the 2GB RAM in existing iPhones. The jump in processing power, of around 1.5 times the performance of the iPhone 6s, is also in line with the increase in power seen from the iPhone 6 to 6s.

However, while the numbers all look reasonable, Geekbench tests are trivial to fake, and any real test would be able to provide the URL, so we’re viewing this with considerable skepticism for now.

The same site has also posted what it claims are the main boards of the iPhone 7 before the chips have been added:

This seems to be reasonably likely to be the real thing, given the consistency with existing iPhone boards and the relative pointlessness in faking something of rather limited interest.

The full Geekbench screenshot can be seen below. 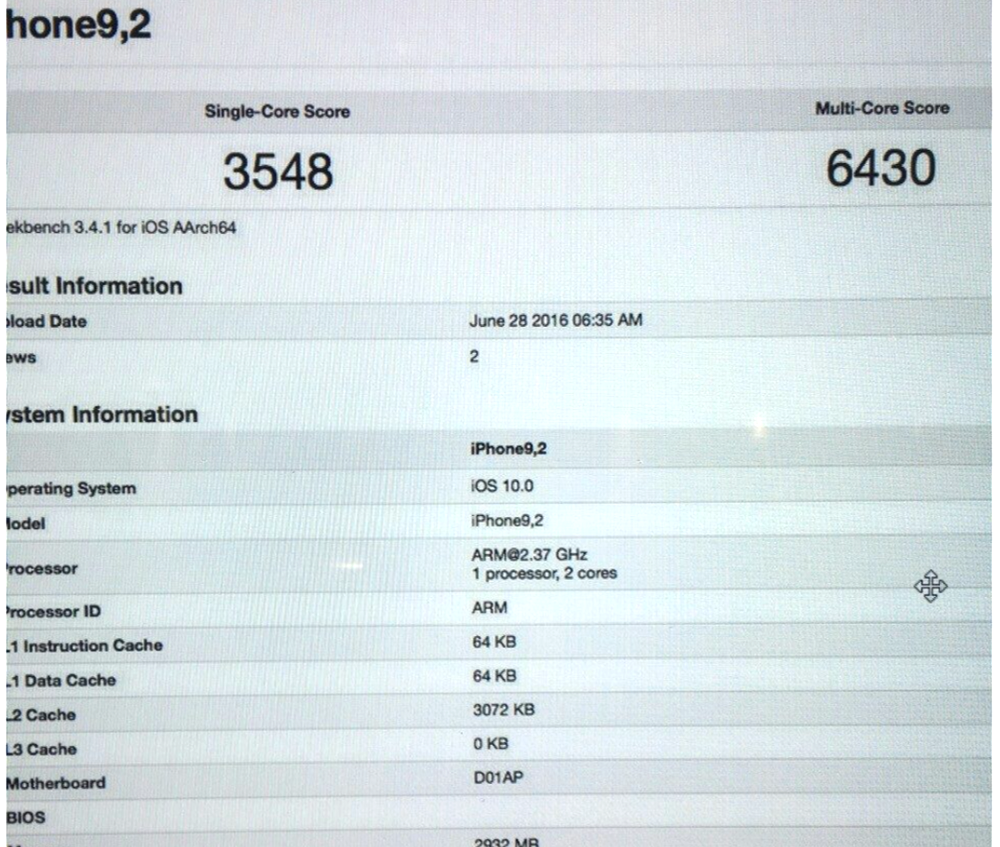