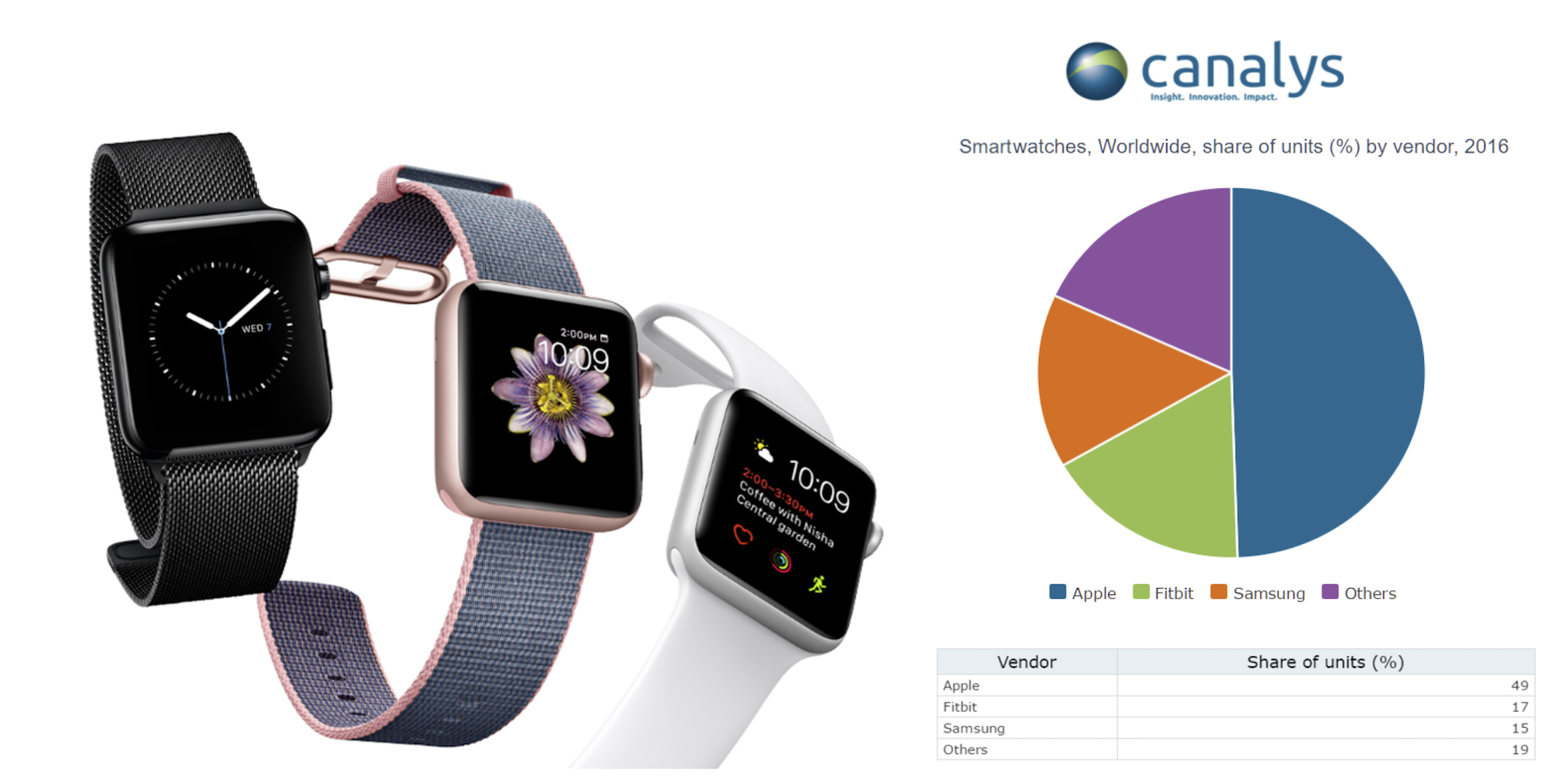 Apple doesn’t break out its Apple Watch numbers when it reports device sales and revenue each quarter, but it did say during the fiscal Q1 earnings call the wearable hit record numbers for both units and revenue during the important holiday period. The latest report from research firm Canalys today puts estimates of Apple Watch sales at around 6 million units and $2.6 billion in revenue. This would mean the company took almost 80% of total revenue for the smartwatch market last quarter, according to the report’s estimates. It would also represent around 12% year-over-year growth for Apple Watch sales:

Apple set a new quarterly shipment record in Q4 2016, contributing to total smartwatch shipments exceeding 9 million units. This global market figure was largely driven by Apple’s 6 million shipments, representing year-on-year growth of 12%. It was the Apple Watch’s best quarter despite being significantly handicapped by supply constraints, even though Apple simultaneously expanded its supply chain. According to Canalys estimates, the Apple Watch generated more than US$2.6 billion in revenue for Apple in Q4 2016, making up nearly 80% of total smartwatch revenue.

The report adds that Apple Watch’s lower entry-level price point with Series 1 and an increased focus on fitness features helped drive demand during 2016. For last year as a whole, Canalys estimates Apple had around 50% global smartwatch market share with approximately 11.9 million units shipped. Apple is followed by Fitbit with 17% of the market last year, Samsung with 15%, and the Others category with the remaining 19%.

Canalys notes that Apple, however, wasn’t the only company to enjoy record numbers for wearable sales during the quarter. Xiaomi, for example, also achieved a record quarter for its Mi Band wearable with 5.5 million units shipped, although considered a basic band as opposed to a full-fledged smartwatch. Apple Watch will also have to contend with new Android Wear wearables in the coming weeks and months as the delayed Android Wear 2.0 release finally becomes available on new products.

During the company’s Q1 earnings call at the end of last month, CEO Tim Cook added that demand for Apple Watch during the quarter was so strong that the company couldn’t make enough, hinting that its record numbers could have been even higher if it wasn’t experiencing demand/supply constraints.