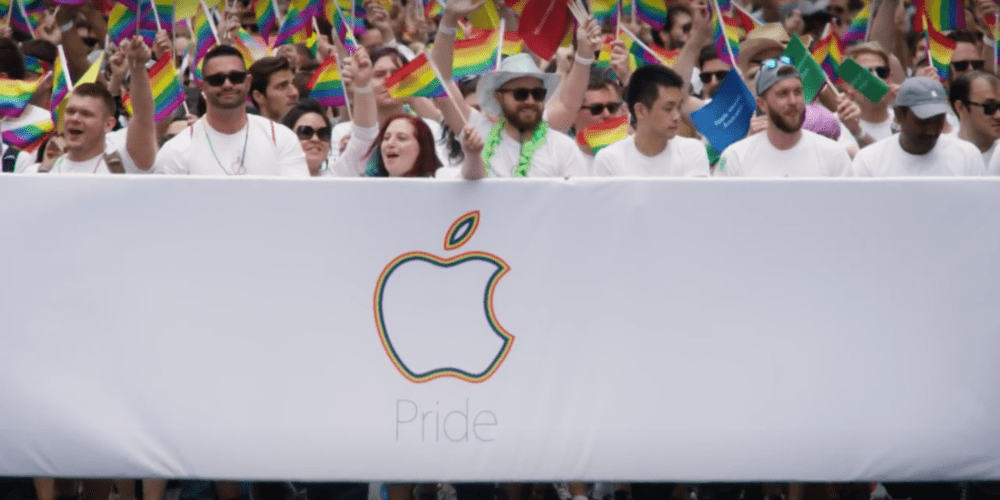 Apple this evening has voiced opposition towards President Trump’s recent ruling to roll back protections for transgender kids in schools. This isn’t the first time Apple has spoken out against a decision from Trump, having previously distanced itself from the administration’s travel ban.

In a statement to Axios, Apple stated that it believes everyone should be able to thrive in an environment that is free of discrimination and stigma. The company went on to say that it believes transgender students should be treated as equals and that it disagrees with any effort to limit rights and protections.

“Apple believes everyone deserves a chance to thrive in an environment free from stigma and discrimination,” the company said in a statement to Axios.

“We support efforts toward greater acceptance, not less, and we strongly believe that transgender students should be treated as equals. We disagree with any effort to limit or rescind their rights and protections.”

Earlier this evening, President Trump pulled back a previous decision set forth by the Obama Administration that let transgender students use the bathroom of their choice in schools. Obama had threatened to pull funding for schools that failed to comply. Trump, however, says that states and public schools should have the authority to make their own decisions on matters such as this.

Earlier this year, Tim Cook voiced his opposition towards Trump’s immigration rulings, saying that it was simply not a policy that Apple supported.  In a memo to employees, Cook wrote that “diversity makes our team stronger.”

Furthermore, Apple was among and a handful of tech companies that filed an amicus brief opposing the travel ban implemented by Trump. In that brief, the companies stated that “immigrants make many of the Nation’s greatest discoveries, and create some of the country’s most innovative and iconic companies.”

Tim Cook himself has yet to personally comment on Trump’s pull back of protection for transgender students, but in the past he has been a strong advocate for LGBT rights. Cook called out controversial legislation related to LGBT rights, while he’s also donated personally to equality campaigns in various states and Apple itself has backed LGBT anti-discrimination legislature at the federal level.

As to whether Apple will go further in its opposition to Trump’s decision today remains to be seen.