How to charge your iPhone faster

Fast charging is a feature on many Android phones, allowing them to gain as much as 50 percent battery in 30 minutes in most instances. We have yet to see Apple officially bring much innovation in this space to the iPhone (hopefully we will later this year), however there are a couple tricks you can use to charge up faster than normal…

We’ll look at two ways for how you can charge your iPhone faster and you can also use them both at the same time to reduce your charging time even more.

The first trick is to use an iPad power adapter (charging brick) instead of the one that came with your iPhone. iPads include a 12W, 2.1A power adapter in the box, compared to the 5W, 1A adapter that comes with iPhones. Apple even has a support document stating that it’s safe to use the 12W power adapter with other devices, including the iPhone, Apple Watch and other accessories and will usually provide faster charging times.

I usually see a full charge take about 3 hours for my iPhone 7 Plus with the 5W brick and just over 2 hours with the 12W brick. If you don’t already have a 10 or 12W power adapter (10W came with older iPads) you can pick up an official Apple one up for about $20.

While it’s usually best to use Apple official chargers, Anker makes some quality options. They offer a 12W model with 2 USB ports for $7 on Amazon, it has 4.4/5 stars with over 1,000 reviews. They also sell a new model with 2 USB ports and 12W and a few extra features for $12, one with 4 USB ports and a USB-C port for $26, and a solid 5,000 mAh portable option for $19. All of these power adapters from Anker will charge up your iPhone faster than the brick that comes standard from Apple.

It isn’t always an option or convenient to turn on Airplane Mode, but if you can this will also significantly shorten your charging time. If you’re not familiar with Airplane Mode follow along below:

You can also navigate to Settings → Airplane Mode which is the first item at the top. Note that you won’t receive phone calls, messages, or have an internet connection as long as you leave Airplane Mode on. However, if you’re near another device, like your iPad or Mac or can do without connectivity for a bit, you’ll reap the fast charging reward. 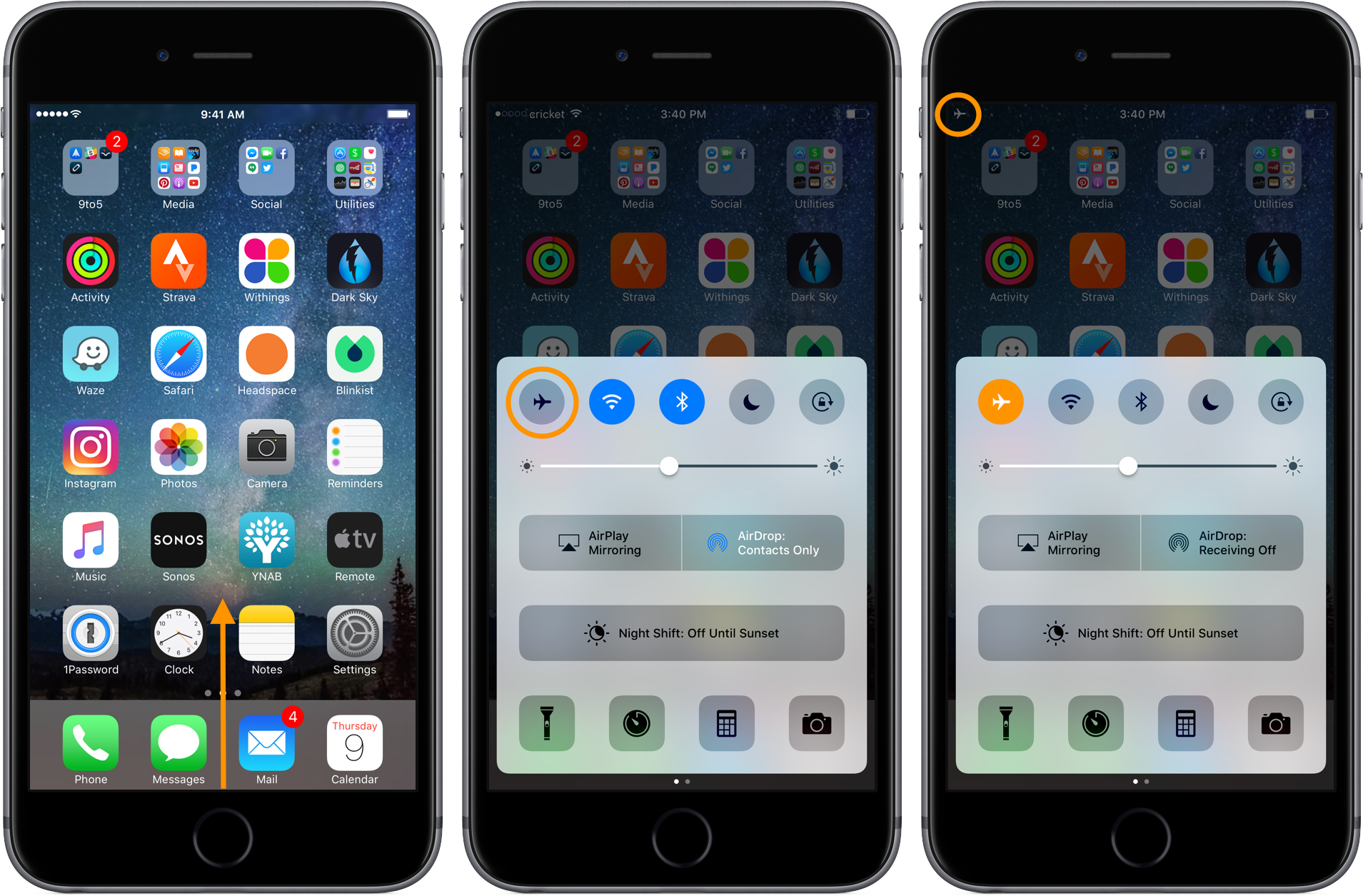 My iPhone 7 Plus charges almost twice as fast when using both of these tricks. Just don’t forget to turn Airplane Mode off when you’re charged up. Do you have any other ways you’ve discovered to charge your iPhone faster? Share them in the comments below.