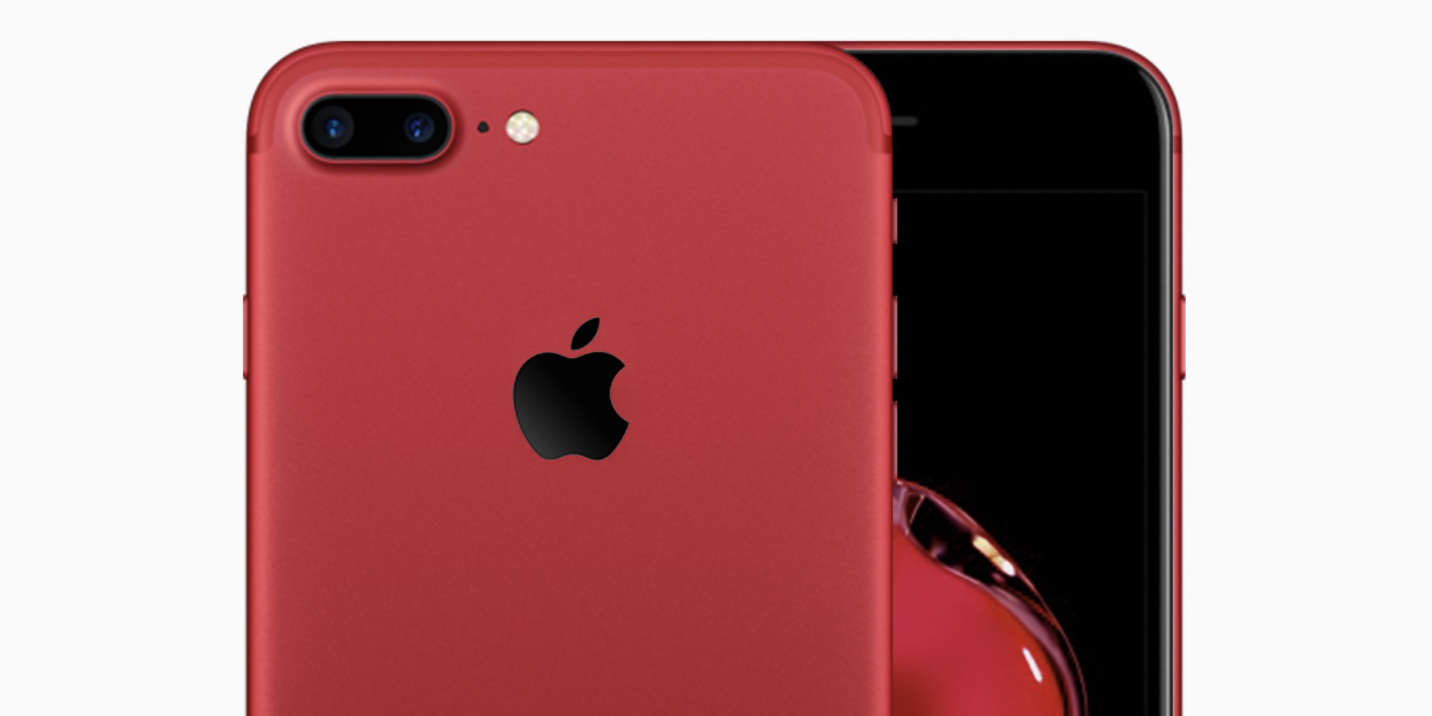 Although we aren’t likely to see Apple offer up a another variation on the iPhone 7 color, designer Benjamin Geskin has already produced a beautiful render showing what the (RED) iPhone 7 Plus would look like with a black front.

There’s no doubt the (PRODUCT)RED iPhone 7 announced today has created a lot of buzz and will certainly help Apple keep its iPhone sales momentum as we head toward the iPhone 8 release this fall. However, people were quick to mention that Apple only offering a white front with the iPhone update was a deal breaker.

Geskin, who created some recent popular iPhone 8 concept images, produced this sharp render within a handful of hours after Apple’s announcement that even caught the attention of Marques Brownlee.

One aspect of the new (RED) iPhone 7 with white front that seems to be a turn off is that is closely resembles the (RED) iPod touch. I have to agree, I don’t love the idea of spending $800+ on an iPhone and having such a similar aesthetic to an iPod. But beyond that, there are many people who just prefer to stick with a black front no matter what color the enclosure is.

Our own Chance Miller joked around that a (RED) iPhone with black front could be called the iPhone U2 Special Edition. After laughing about that idea, I thought it might be hard to take a red and black iPhone seriously, but this concept shows this would look quite different. While the U2 iPod featured a black front with red click wheel, the bold red enclosure and black front on this iPhone 7 render creates a really slick aesthetic.

While it’s now possible to get your AirPods custom painted to be most any color you’d like, we’ll have to either stick with the (RED) iPhone 7 that Apple is making or you can also check out the various skins available on the market if you’d like to stick with your black front but add some color to your enclosure.

Colorware and dbrand make some of the most popular and quality options. Although if you want to try out a red iPhone and get it out of your system for a couple bucks, Amazon has various red skins and ultra-thin cases starting at $7.