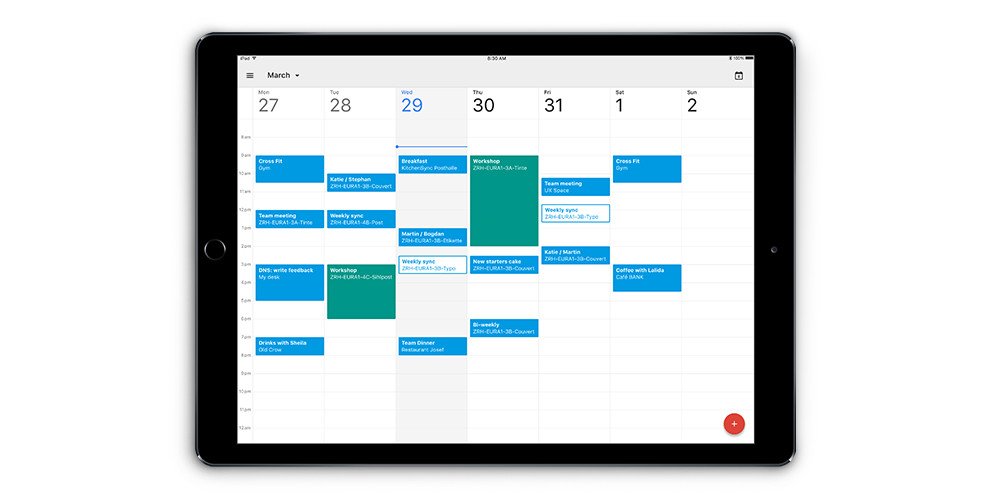 Google today announced the release of its Calendar app for iPad, which was previously only available for iPhone, Android smartphones and tablets and on the web.

The iPad version of Calendar will be a familiar UI to anyone that has used the app for iPhone, and also borrows from some of the user interface elements Google has implemented with its tablet app for Android. Google notes, however, that the app has been specifically optimized for iPad, noting that you’ll be able to search from the iPad home screen using Spotlight Search with the app.

With the new app, you’ll get all the Calendar features you know and love, now optimized for iPad. Use Calendar’s machine intelligence-powered features to:

Google also says that it has more features on the way following an initial release today, including a Today View Widget coming soon that will let users “easily see your upcoming events in the Notification Center and on the lock screen.”

Here’s a look at the new iPad interface:

The release comes just one week after the launch of Apple’s new low-cost 9.7-inch iPad. That device is expected to be popular within enterprise and education due to its new $329 price tag, and Google Calendar support will surely sweeten the deal for those already hooked into the Google Apps ecosystem.

The Google Calendar app for iPad will be available on the App Store today as a free download.