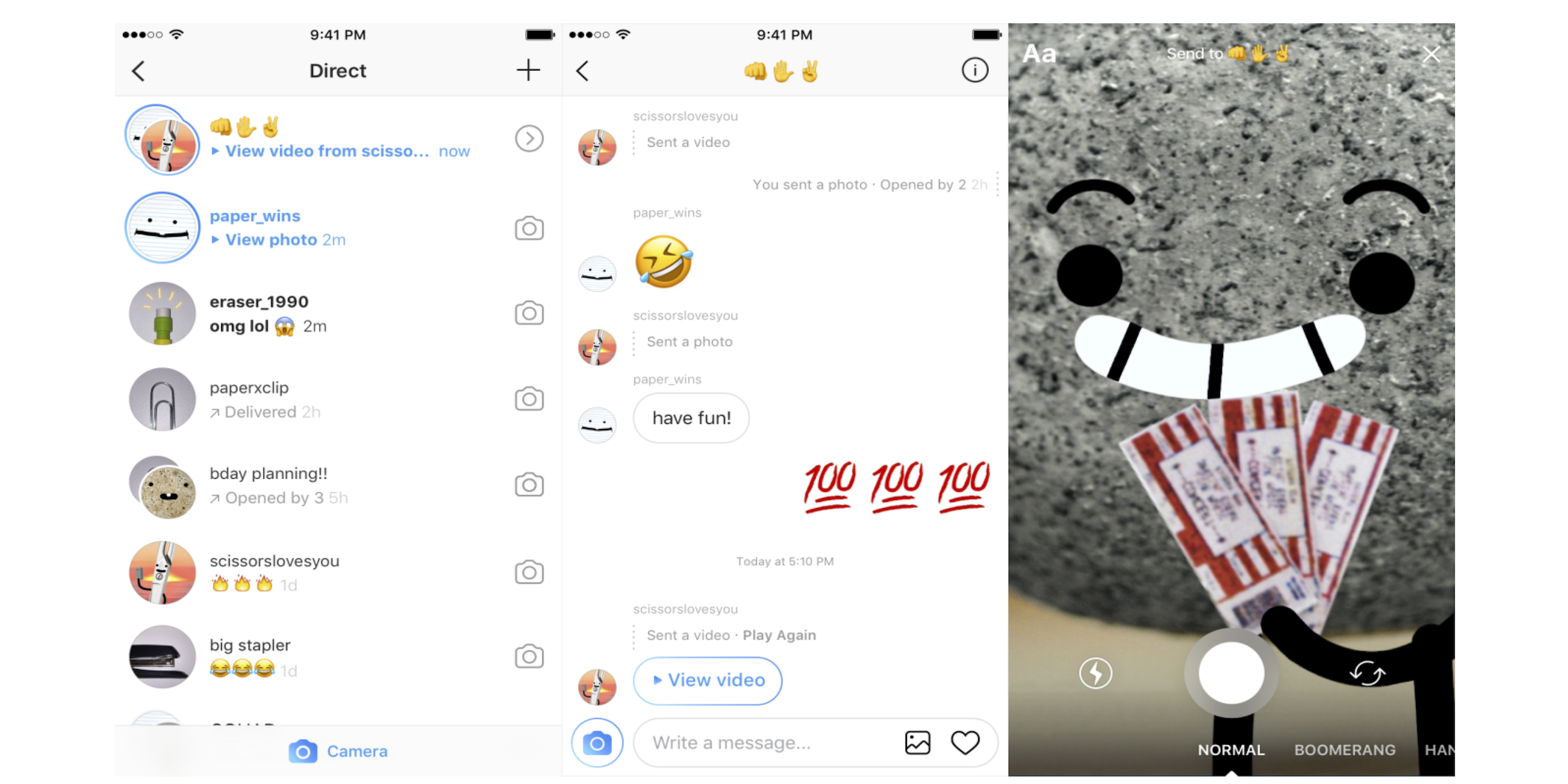 An update to Instagram coming today aims to improve the service’s Direct messaging feature by combining disappearing photos and videos with text conversations into a single thread. Previously the features were separated, with disappearing photos and videos in their own conversation separate from text chats, meaning that you could have multiple threads going with the same person(s) within Direct.

Today’s update hopes to streamline your inbox within Direct by making the disappearing photos and videos appear inline within text conversations when it’s the same contact(s):

Texts and reshares will now appear in the same thread with disappearing photos and videos so you can seamlessly go back and forth with your friends. When you receive new disappearing messages, they’ll be highlighted blue in your inbox. Tap to view them and you can replay them once. The sender will be notified if you replay or screenshot the message. Texts, uploads and reshares still work the same way.

Instagram also offered an update on progress its Direct messaging feature has made in recent months, noting the feature is now at 375 million users up from 300 million in November of last year. That’s around the time it first launched the new disappearing photos and videos feature for direct messages and also introduced live videos for the app’s Stories feature, both features similar to Snapchat and other social media competitors.

The new update for Direct is rolling out today in the latest version of the Instagram app on the App Store.