It’s happening. If you were early enough to get in on day-one delivery for the iPhone 8 and iPhone 8 Plus, Apple Watch Series 3 with LTE, and the Apple TV 4K, then you’ve probably begun receiving shipment notifications from Apple.

Due to the anticipation of the reportedly production-strapped iPhone X, it was much easier to score the direct successor to the current model this time around, even days after the product became available to pre-order. The iPhone 8 and iPhone 8 Plus, is however, now showing a delivery date of October 3rd for some models.

While it’s obvious that some of the usual demand for the iPhone 8 was tempered by those holding out for the iPhone X, Jordan Kahn noted in his review that the model was still a solid buy, with its new glass back, better cameras, and uber-fast processor. Likewise, Zac Hall praised the Apple Watch Series 3, although some reviewers are reporting issues with LTE connectivity. 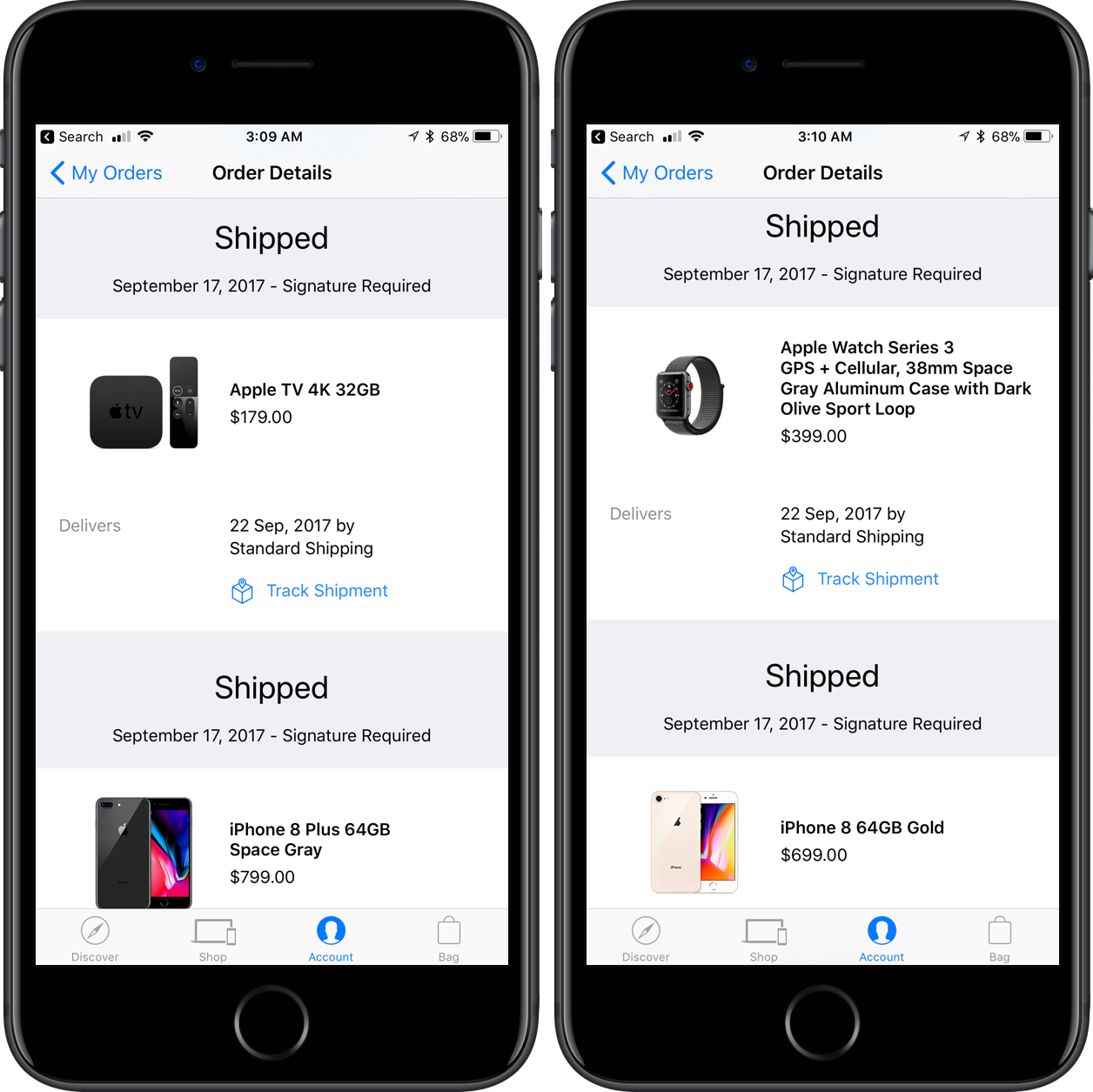 It should be noted that Apple’s shipment notifications are usually more of a formality than an actual indication of shipment status. For example, the Apple TV 4K listed in the screenshot above actually began shipping from Shenzhen, China several days earlier on September 17th.

Did you order the iPhone 8, Apple TV 4K, or Apple Watch Series 3? If so, have you received your shipment notification yet?