iPhone 8 faster than a Core i5 13-inch MacBook Pro in Geekbench; leaves Samsung S8 for dead 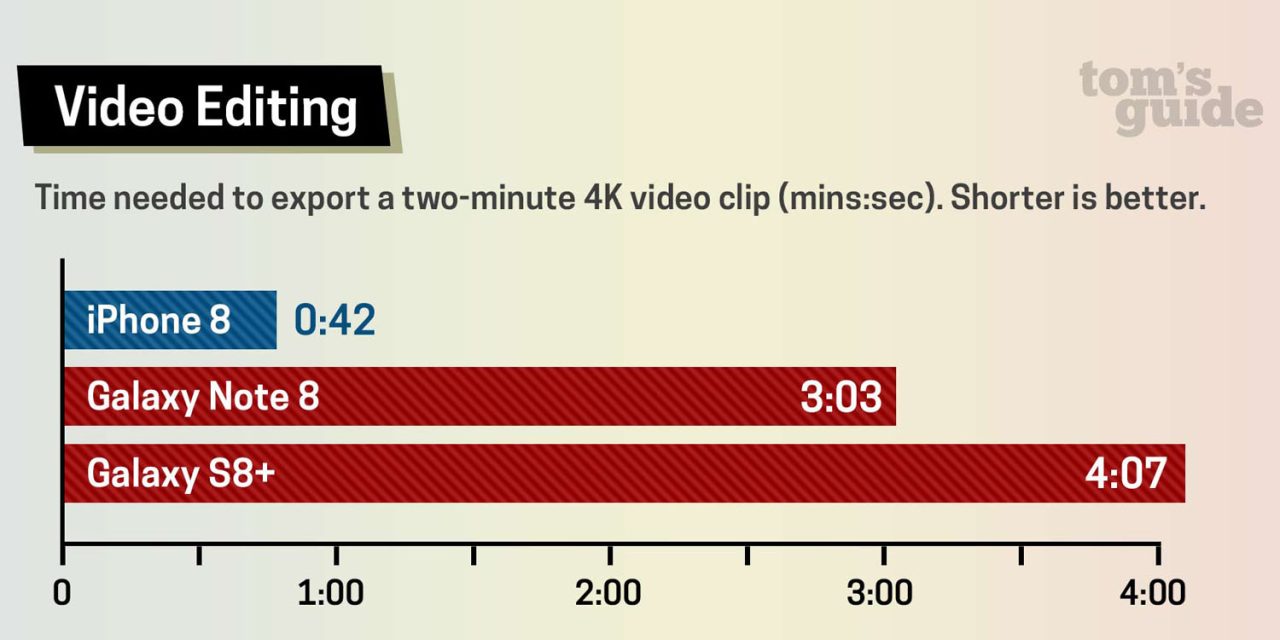 We noted in our iPhone 8 review that the Geekbench scores of the new iPhone were equivalent to a MacBook Pro.

To put it simply, the iPhone 8 line has a MacBook Pro Intel level processor inside.

Tom’s Guide carried out a direct comparison with a 13-inch MacBook Pro with a Core i5 processor, and found that the iPhone 8 was actually faster.

Let’s start with Geekbench 4, which measures overall performance. On the multicore portion of this test, the iPhone 8 hit 10,170 […] The iPhone 8 even edged out the score from the 13-inch Apple MacBook Pro with a 7th-generation Core i5 processor. That notebook notched 9,213.

Geekbench comparisons between phones and laptops used to be pretty meaningless, as the tests were not directly comparable, but that hasn’t been the case for some time now. Founder John Poole confirmed that it is legitimate to directly compare scores across platforms, though he did add an important caveat.

Laptops are better at delivering sustained performance over a longer period of time, as opposed to the shorter max burst performance that benchmarks like Geekbench 4 are designed to measure. In other words, the iPhone 8 simply doesn’t have the thermals and heat dissipation necessary to replace your laptop.

It should also be noted that the impressive performance won’t necessarily make a massive difference in everyday use when it comes to simple tasks like opening apps.

But give the phone a demanding task, like editing and rendering video, and there the performance edge of the iPhone 8 over its flagship Android competition is night and day.

To really put the A11 Bionic chip through its paces, we put the same 2-minute video, shot in 4K by a drone, on the iPhone 8, Galaxy Note 8 and Galaxy S8+, and then added the same transitions and effects before exporting and saving the video.

It’s not the first time we’ve seen an iOS device outperform a Mac in Geekbench tests. The iPhone 7 last year beat the scores of any MacBook Air, and earlier this year the iPad Pro outperformed the MacBook Pro in some CPU and GPU tasks.

In real-life use, a MacBook will of course outperform an iPhone – not just because of its sustained performance, but also because of far greater usability. All the same, the speed of the latest iPhone models is seriously impressive.