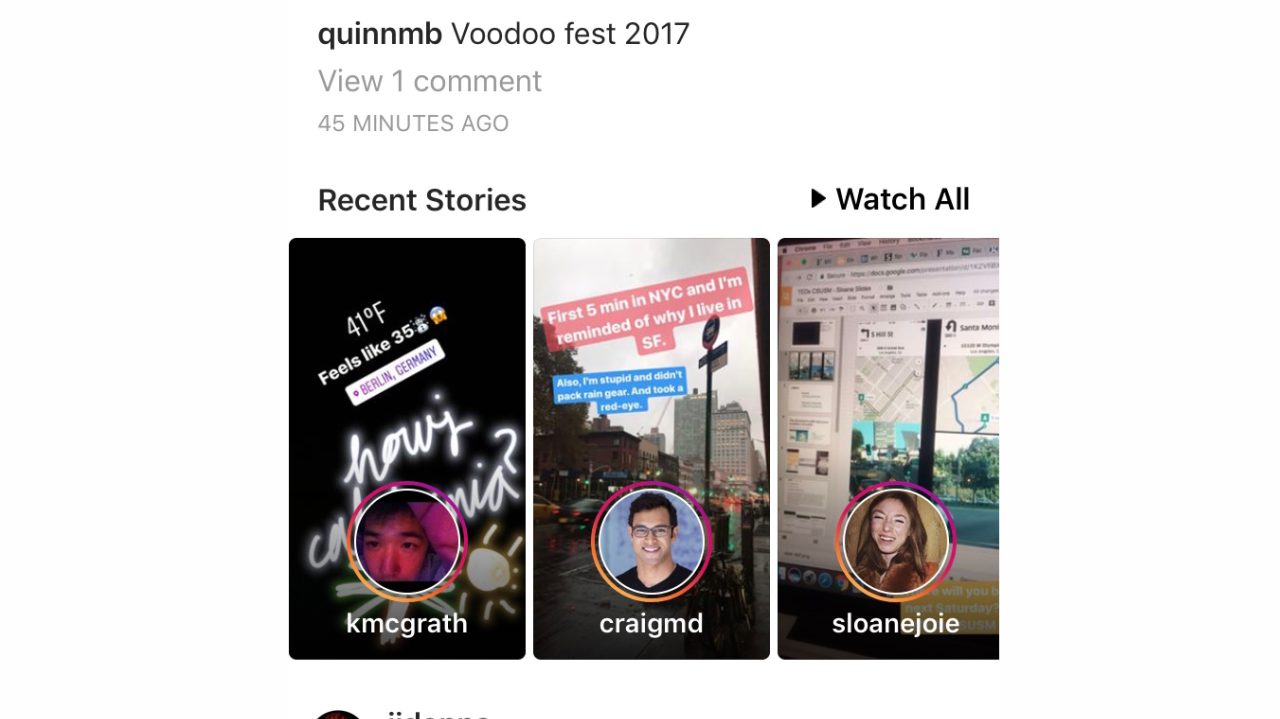 Over a year ago, Instagram rolled out its clone of Snapchat’s popular Stories feature and has since said that its version of Stories reaches over 250 million daily users. Now, Instagram is making a change to its iOS app that makes Stories even more prominent…

While before, Stories were limited to a bar along the top of the app, Instagram is now placing much larger “preview tiles” of Stories in a user’s main feed. You’ll see the new tiles while scrolling throughout the feed, under a “Recent Stories” heading. You’ll see three rather large tiles next one another, with each one offering a quick preview of another user’s story and the option to tap to view the whole story.

In a statement to TechCrunch, an Instagram spokesperson says the new feature makes it easier to preview “stories from the people and accounts you care about.”

“We recently updated the design of the stories bar that you see while scrolling through feed. This update makes it easier to preview the stories from the people and accounts you care about.”

The bar along the top that usually houses Instagram Stories is still there, but it no longer appears mid-feed. It’s instead been replaced by the new story preview tiles.

User response to this change remains to be seen. Generally, social media users don’t like their feeds to be interrupted with other content and these preview tiles are rather obtrusive. Personally, I was a much bigger fan of the older, smaller design, but this is likely something we’ll have to get used to.

Furthermore, Instagram has also started testing a new stop-motion camera for Stories. This feature, as reported by The Verge, allows you to take a series of pictures and subsequently edit them with stickers and test. The end result is a stop-motion GIF that gets posted to your story.

What do you think of these changes? Let us know down in the comments.