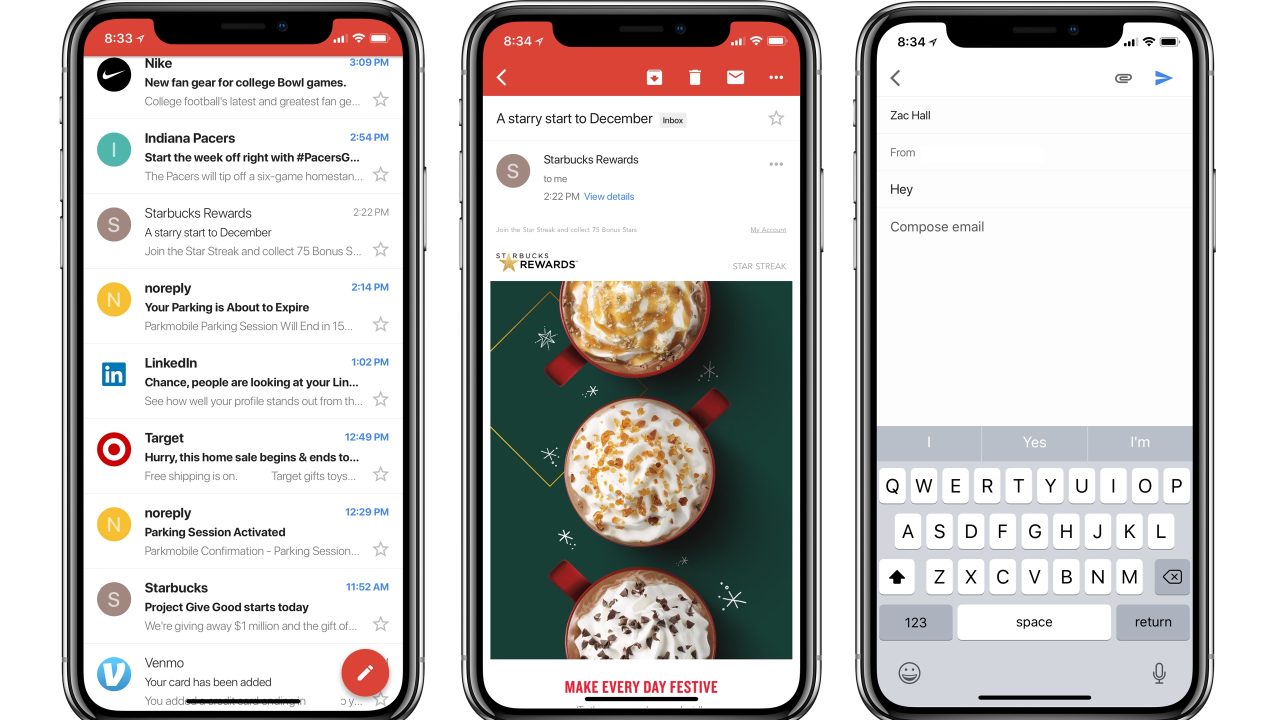 Following updates for the Google Docs suite of apps last week, Google today has pushed an update to Gmail for iOS that brings support for the iPhone X. The update comes after nearly a month of iPhone X availability…

This update is good news for hardcore Gmail users with the iPhone X as prior to today, the app was letterboxed along the top and the bottom of the display, significantly reducing the amount of screen real-estate available in the app. With today’s update, however, the Gmail app on iOS fully embraces the iPhone X’s notch design.

You can now add non-Google email accounts to the Gmail app via IMAP.

Google has slowly been updating its applications on iOS with support for the iPhone X. As mentioned, Google Sheets, Slides, and Docs were all updated last week with iPhone X optimization, while YouTube was also updated with battery life improvements after users reported significant battery drain because of the app.

Gmail for iOS is available as a free download on the App Store now.

Update: Google Opinion Rewards has been updated with iPhone X support, as well.