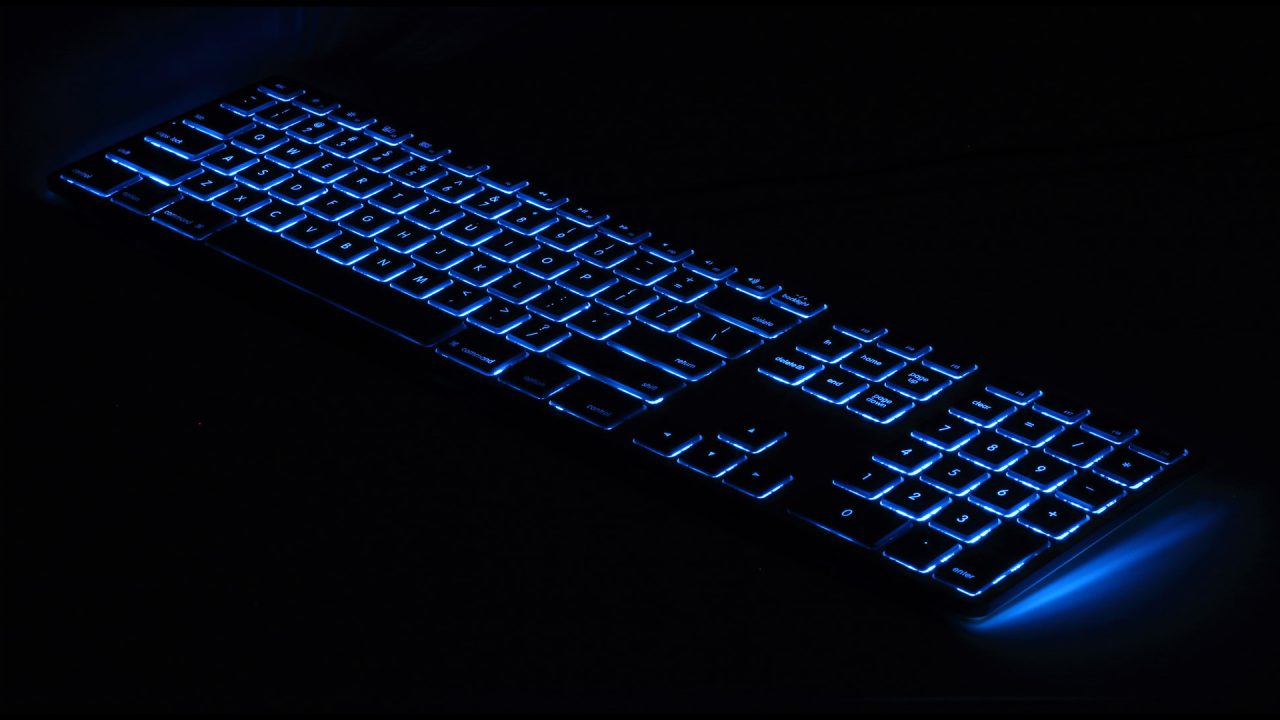 I’ve long been a big fan of Matias, a Canadian-based company that makes excellent third-party keyboards for Mac. In fact, I’ve been using its space gray wireless aluminum keyboard for over a year, and it’s been excellent.

Instead of continuing on the wireless route, yesterday during CES in Las Vegas, Matias added a new $99 wired aluminum keyboard to its repertoire. But this particular keyboard has a special trick up its sleeve — RGB lightning.

Officially named the Matias RGB Backlit Wired Aluminum Keyboard for Mac, this handy accessory comes in either silver or space gray colors and features adjustable RGB lightning. While some may be disappointed that the keyboard sports a wired (3.25 feet) connection, it’s a nice option to have given the fact that Apple has discontinued its full-sized wired keyboard with numeric keypad in favor of an extended wireless version of its wireless Magic Keyboard.

Matias keyboards, wireless or otherwise, have always been nice to type on, and the RGB Backlit keyboard follows this trend. It features a healthy 2mm of key travel, providing good tactile response from the keys. As I noted in our original review of the Matias Wireless Aluminum Keyboard, you’ll never mistake its keys for a mechanical keyboard, but the key travel is better than Apple’s own offerings in this area. 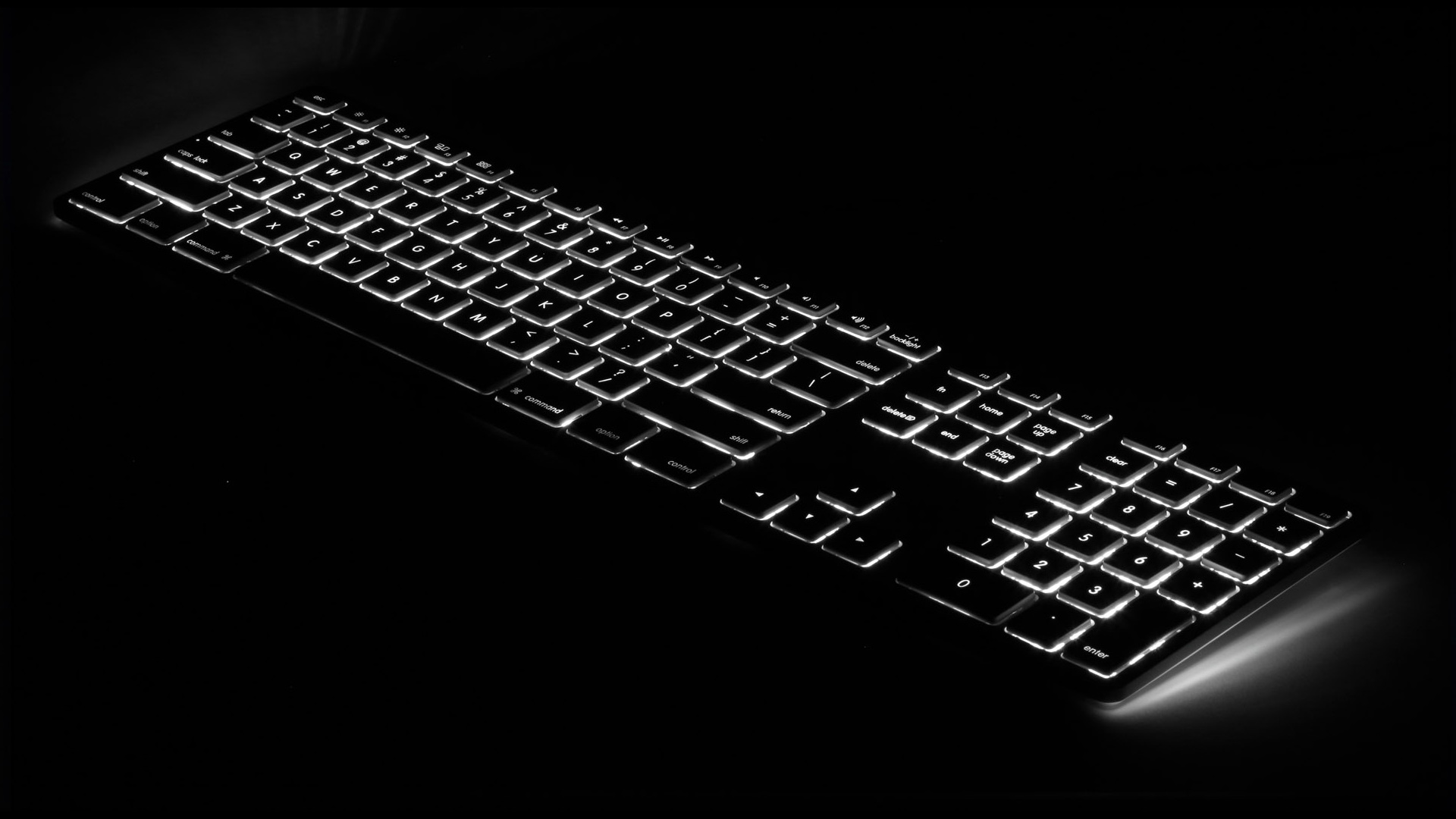 To adjust the color of the RGB Backlit keyboard, Matias has included a handy spectrum color dial for quickly adjusting hues. Turning the dial all the way to the left or right turns the backlight white, while moving in between cycles through the full RGB color spectrum. 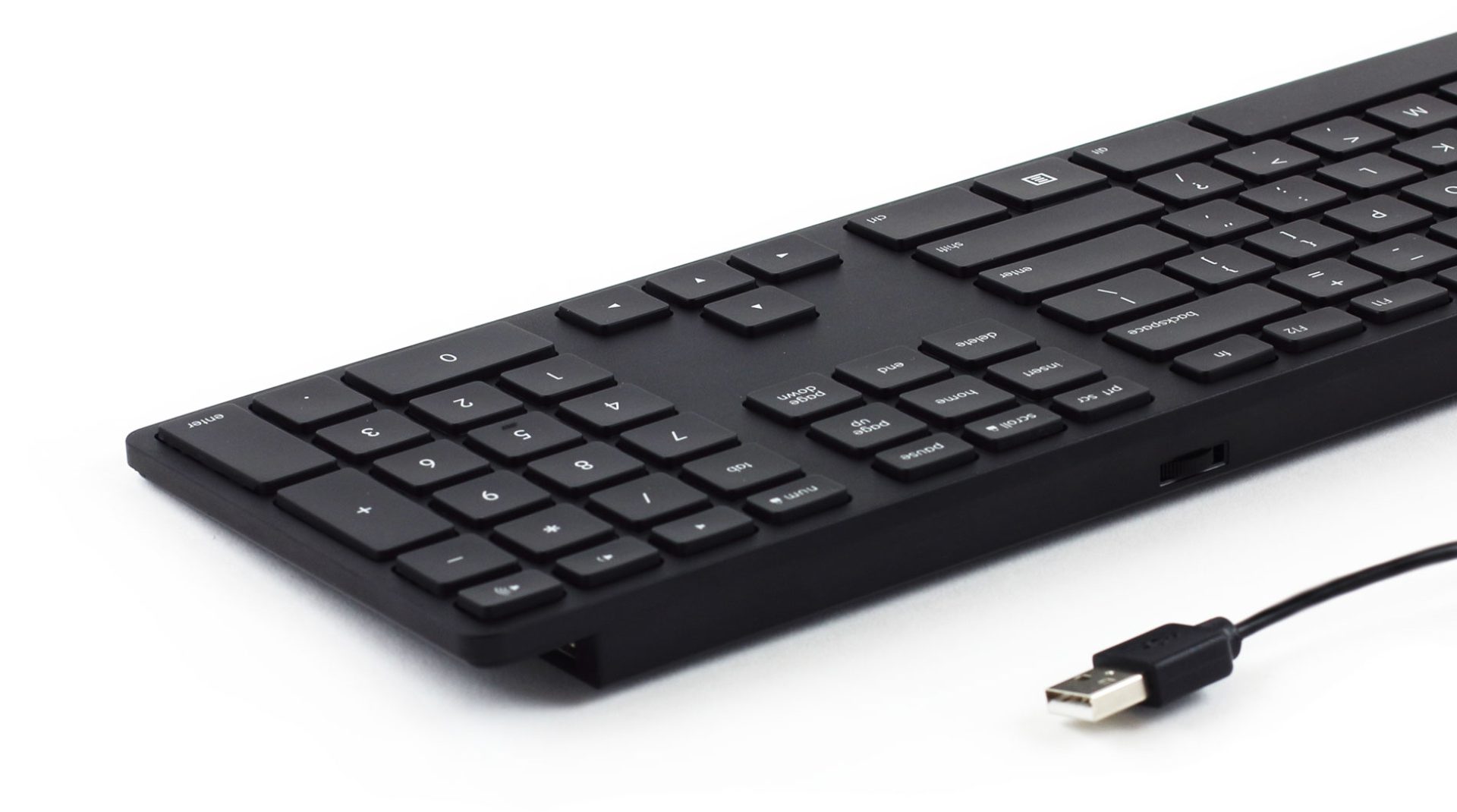 Matias has also wisely designed the keyboard to reduce blue hues as you move away from 100% white. As you dial the keyboard back from hard left or hard right, the keyboard’s RGB system will preferentially reduce the blue component first, resulting in softer whites that research has suggested may be more conducive to sleep.

As you would expect, brightness control can also be adjusted from the keyboard, with 10% brightness increments. Matias has included a mechanism for adjusting the backlight level directly by holding the  –/+ backlight key, then pressing a number (1 = 10%, 2 = 20%, and so on). 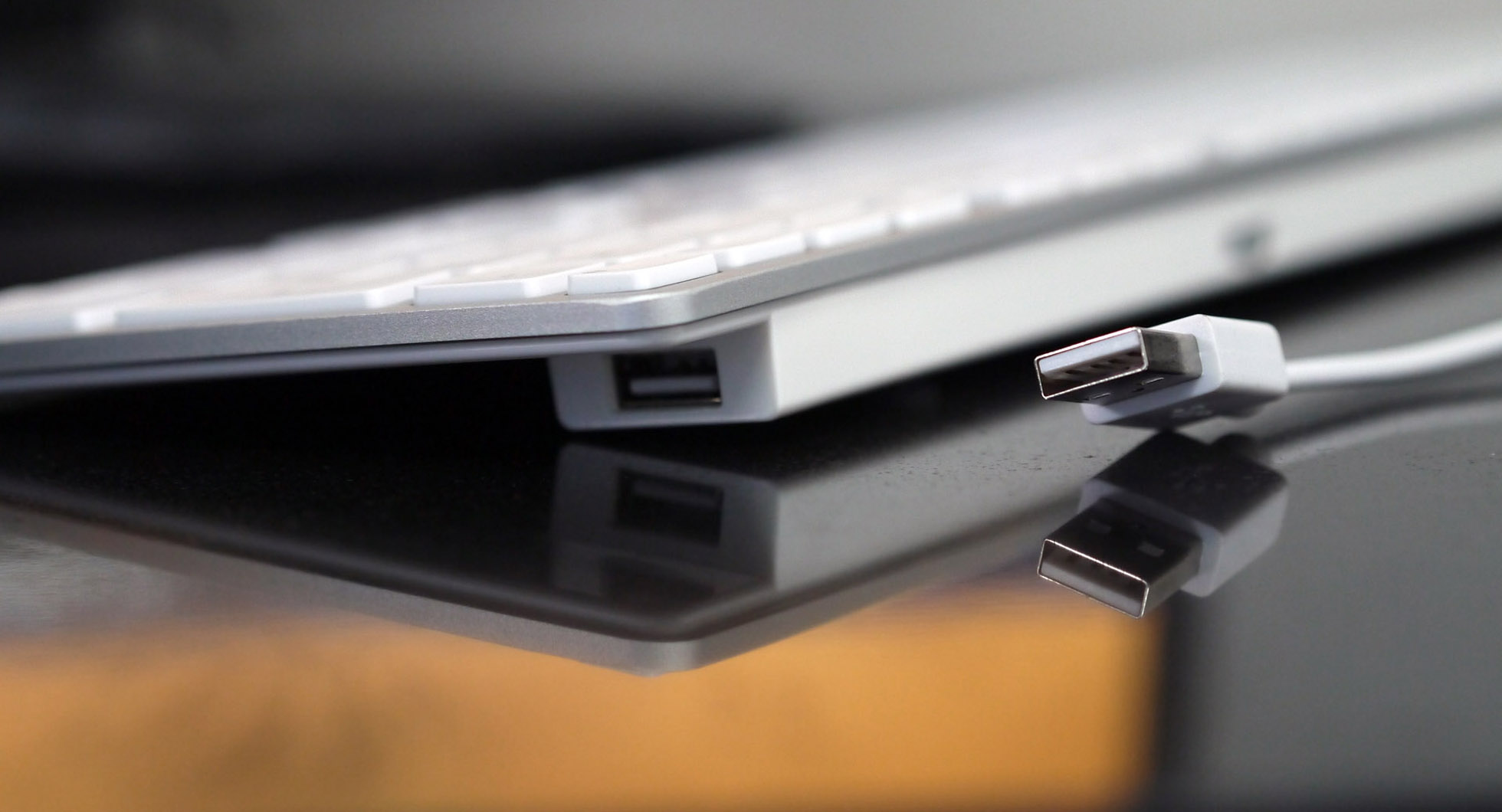 And just in case you’re all about wires in your working environment, Matias has included a USB 2.0 port on the side of the keyboard for connecting a wired mouse. There are also Mac-centric keys for functions like Control, Command, Option, Mission Control, etc. If you’re a PC user, Matias makes a PC version of its RGB Wired Aluminum Keyboard with PC-centric key caps.

The Matias RGB Backlit Wired Aluminum Keyboard for Mac will be available for order in February. If you’d rather go the wireless route, you can order one of its excellent Wireless Aluminum Keyboards today. The space gray version makes a particularly appealing alternative to Apple’s space gray Magic Keyboard, which is only available to iMac Pro customers. There’s even a handy backlit model, which is something that Apple’s own wireless keyboards don’t have.

Certainly, wired keyboards have distinct advantages over wireless keyboards. They never need to be charged, and you never have to worry about pairing. That said, would you consider adding a wired keyboard to your working environment?