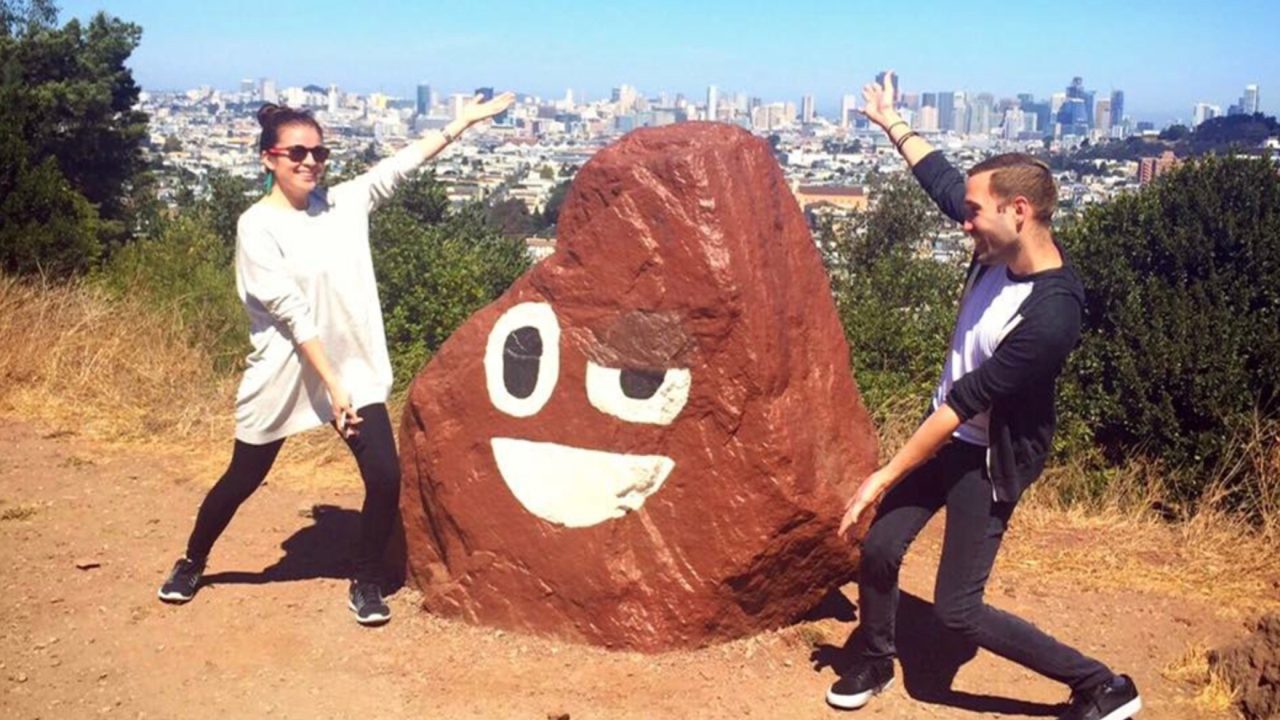 You’ve probably never heard of Angela Guzman, a former Apple intern and employee, but she’s likely influenced your life and how you communicate on a daily basis. For its tenth anniversary, Guzman has shared how she and her mentor designed Apple’s first emoji for iPhone back in 2008 in a Medium blog post.

Soon after my arrival and meeting the team (oh and biking to work!) I was handed my project. I was still trying to make sense of the assignment I’d just received when someone asked if I knew what an emoji was. And well, I didn’t, and at the time, neither did the majority of the English speaking world. I answered ‘no’. This would all change, of course, as the iPhone would soon popularize them globally by offering an emoji keyboard. Moments later I learned what this Japanese word meant and that I was to draw hundreds of them. Just as I was looking down the hallway and internally processing, “This isn’t type or an exercise in layout, these are luscious illustrations,” I was assigned my mentor.

Guzman says over a three-month period, her mentor Raymond taught her an immense amount about iconography and referred to it as a lesson in “humility and craftsmanship.” While other designers have since created many of Apple’s emoji, Guzman and Raymond created these hugely popular ones:

At first she didn’t know that Raymond was a world-renowned iconographer. Looking back, she realized how fortunate she was to learn from him.

Raymond taught me everything there was to know about icon design. Little did I know that he, my humble mentor, was one of the best icon designers in the world. In other words, I sat next to one of the best iconographers, got to pick his brain until I could kick off my training wheels, all the while exchanging stories of our time growing up in South Florida including our trips to ‘Pollo Tropical’ in the search of amazing plantains. Lesson in humility, check.

As for the first emoji Guzman designed, it was the engagement ring, which she notes took a whole day to complete.

My first emoji was the engagement ring, and I chose it because it had challenging textures like metal and a faceted gem, tricky to render for a beginner. The metal ring alone took me an entire day. Pretty soon, however, I could do two a day, then three, and so forth.

She also shares the minute details that were considered, even with something seemingly simple like a football or eggplant.

Regardless of how fast I could crank one out, I constantly checked the details: the direction of the woodgrain, how freckles appeared on apples and eggplants, how leaf veins ran on a hibiscus, how leather was stitched on a football, the details were neverending. I tried really hard to capture all this in every pixel, zooming in and zooming out, because every detail mattered.

Guzman recounted a vague, yet smooth review with Steve Jobs before the first set of emoji were approved.

Somewhere in there we also had our first Steve Jobs review, which had created a shared experience of suspense and success when they were approved for launch. And if Steve said it was good to go, I’d say lesson in craftsmanship, check. 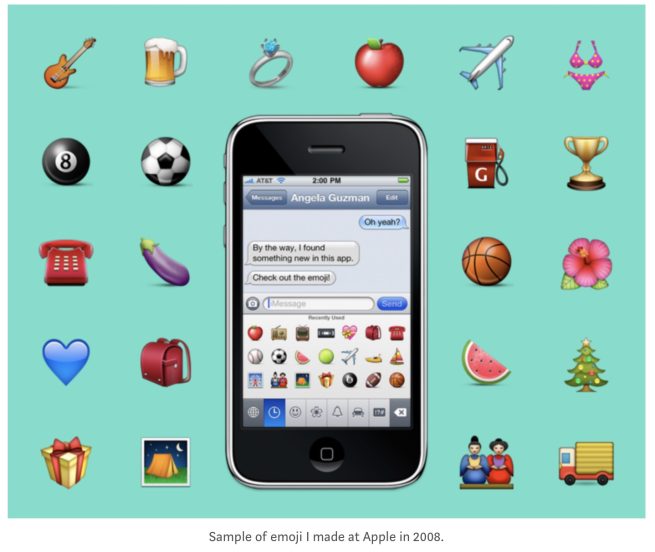 Some funny details include Raymond using the swirl from the smiling poop emoji for the ice cream cone. Guzman notes that her strong friendship with Raymond was a big part of their design success.

So from funny backstories to realizing he and I attended high schools less than 30 miles apart, our shared past and days drawing together triggered unstoppable laughing spells with watery eyes and all, in other words, with tears of joy. Ten years after my internship, Raymond and I still fill a room with laughter and he continues to provide me with the most flat out honest feedback to keep me in check, and vice versa. All this is what I believe made the emoji successful, our friendship through design.

Emoji have become wildly popular over the last decade, and Guzman and Raymond’s work have paved the way the for Apple’s well received Animoji. Even Samsung is said to be working on a copycat.

Guzman is now a design manager at Google. As for advice for designers, Guzman shares the following:

I would suggest to any designer looking for their reason to get up in the morning to find their humble mentor, or be one, and get on the road to friendship. Because magic happens when design leads to friendship, and that friendship leads back to design.

Check out the full article on Medium.