You can now say ‘Hey Siri, Ok Google’ to use Google Assistant on the iPhone … 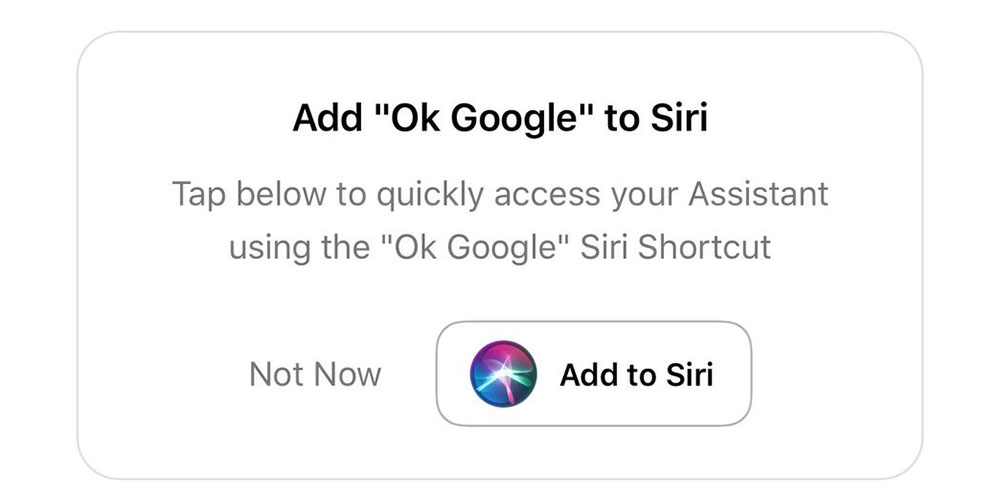 The latest version of Google Assistant adds support for Siri Shortcuts. As The Verge notes, this provides a somewhat clunky way to access the app by voice.

So you can record a phrase like the usual “OK Google” or “Hey Google” and from then on, whenever you say that to Siri, the Assistant app will open and immediately start listening for your question or command.

If your iPhone is unlocked, you can even access it hands-free by saying “Hey Siri” and then “OK Google” (if that’s the phrase you pick) […]

You can also set up Siri shortcuts for phrases you frequently use with Assistant. So you can come up with a custom voice command for a single smart home action — or even to trigger your Google Assistant smart home routines inside of Siri. Saying something like “Goodnight Google” to Siri could open Assistant and run a routine like turning off all your lights and locking the door. Pretty neat.

It’s not exactly the most seamless approach in the world, but if you have smarthome kit that is compatible with Google Home but not HomeKit, it does provide access to voice control from your iPhone or Apple Watch.

Matt Horton has come up with a relatively easy way to add shortcuts:

Easy way to add custom Assistant shortcuts if you've got the updated app:

Your recent command should be the first option in the Assistant group. Record a phrase.

Google Assistant is a free download from the App Store.