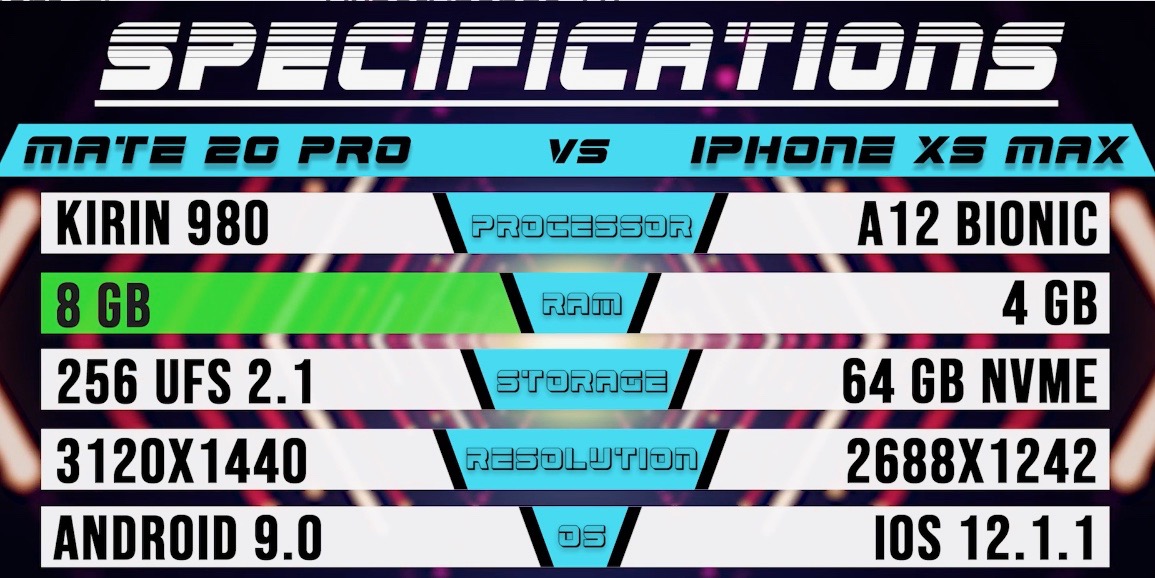 The iPhone XS Max has beat all of Android smartphones that YouTuber PhoneBuff has put it up against so far. But we haven’t seen the Mate 20 Pro square off against the XS Max. After Huawei previously claimed its Kirin 980 chipset would be faster than Apple’s A12 Bionic, the Mate 20 has suffered a defeat in the latest smartphone speed test.

Back in September, Huawei came out and said that its in-house Kirin 980 chip would be speedier than Apple’s A12 Bionic. They are both manufactured with the same 7nm process and offer an amazing 6.9 billion transistors. However, this isn’t the first time Huawei prematurely claimed that it would offer a faster mobile device processor than Apple. It said the same back in 2017 about its Kirin 970 chip when comparing it to Apple’s A11.

While the Mate 20 Pro took an early lead with loading the first few apps, the iPhone XS Max took over about halfway through the first round as it made quick work of taking and editing a selfie.

The XS Max beat the Mate 20 Pro by five seconds in the first round. It increased that lead to 18 seconds in the second round as Huawei’s flagship failed to keep Microsoft Excel open, even with 8GB RAM compared to the XS Max’s 4GB.

Even with Huawei using a custom chip and double the RAM, this test shows that Apple’s tight integration between its hardware and software is second to none.

Check out the full speed test below: