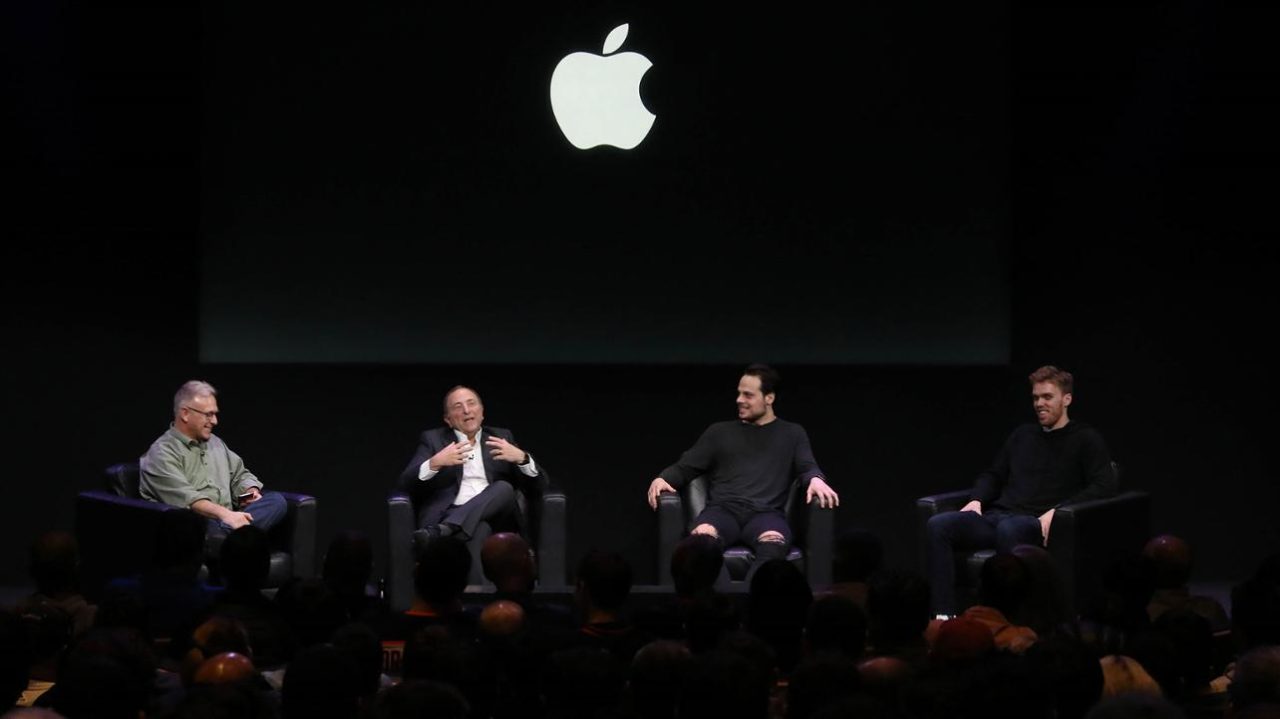 The event took place at the Town Hall auditorium, with Matthews, McDavid, and Bettman being joined onstage by Apple’s Phil Schiller. This weekend marked the NHL All-Star Weekend, which was held at the SAP Center arena just up the road from Apple’s campus.

According to the NHL, there were about 300 Apple employees in the crowd at the auditorium, with many more watching via a live stream that the company opened to employees everywhere.

Speaking during the event, Bettman touted the NHL’s growing partnership with Apple, saying it has transformed the game with affecting the game itself:

“We love the collaboration that we have with Apple,” Commissioner Bettman said. “It has helped transform the game without changing the game itself.”

Bettman also said that through the new NHL Coaching Insights app announced last week, coaches and players will have the ability to learn additional statistics and insights and make real-time adjustments:

“What these guys do and the other players in the League do every night on the ice is simply amazing, and to have the ability for players and coaches to get even greater insights into what’s going on in the game, to make the adjustments that make a team more competitive and successful, is great,” Commissioner Bettman said.

Meanwhile, Matthews said that using iPads allows players to review real-time performance and plays, and allows coaches to provide instant feedback. “Our assistant coach is coming up with the iPad telling us what we’re doing wrong and stuff like that,” Matthews said.

Read the full piece on the NHL blog right here.