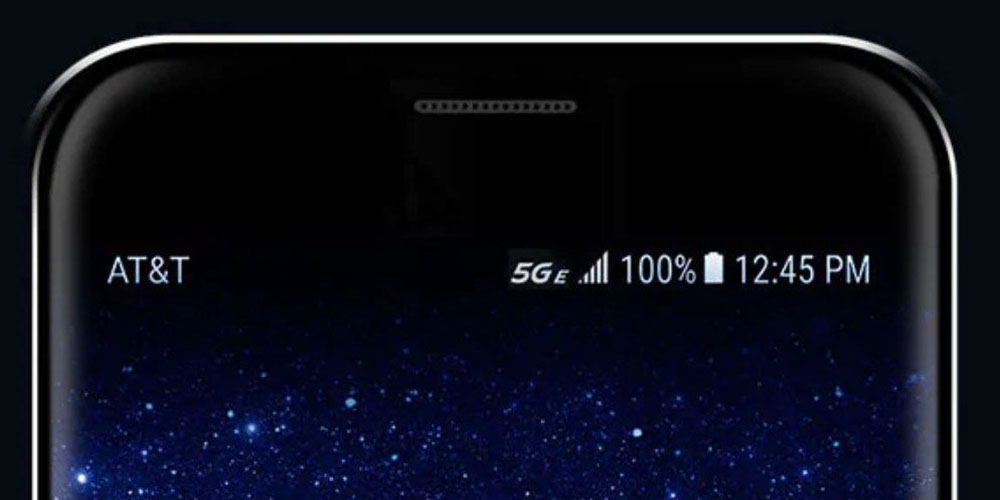 Updated with AT&T statement, below.

Sprint is suing AT&T over the latter’s decision to push a fake 5G label to both Android and iPhone smartphones when the coverage it actually offers is a version of 4G.

AT&T first started using the controversial 5G E label at the end of December, possibly in an attempt to be seen to make good on a promise it made at the beginning of last year …

The company said then that it would be the ‘first U.S. mobile company to introduce mobile 5G service in a dozen markets by late 2018.’

The 5G E label appeared first on Android phones, and was then pushed to iPhones and iPads as of the latest iOS 12.2 beta.

It looks like users of the latest iPhones (XR, XS, and XS Max) are seeing the change when running the iOS 12.2 beta 2 software. Meanwhile, we would expect the 5G E icon to be seen on the 2018 iPad Pro models as well since they share the same 4×4 MIMO LTE chips as the new iPhones.

The problem, as we recently explained, is that 5G E isn’t a real standard – it’s purely a marketing term invented by AT&T. It is true that, where you see the label, you should be seeing faster speeds – but that’s because AT&T is delivering a version of 4G called LTE-Advanced, or LTE-A.

The reality is that no iPhones yet support 5G, and AT&T isn’t expected to offer true 5G for a year or more – and that’s why Sprint objects to the fake 5G branding.

Engadget reports that Sprint has filed a lawsuit because consumers are being mislead by the label.

Sprint has filed a lawsuit in federal court, seeking an injunction to prevent AT&T from using 5GE tags on its devices or advertising.

In its claim, Sprint said it commissioned a survey that found 54 percent of consumers believed the “5GE” networks were the same as or better than 5G, and that 43 percent think if they buy an AT&T phone today it will be 5G capable, even though neither of those things are true. Sprint’s argument is that what AT&T is doing is damaging the reputation of 5G, while it works to build out what it calls a ” legitimate early entry into the 5G network space.”

As Engadget’s Richard Lawler notes, this is a re-rerun of 2012, when we saw 3G iPhones start displaying a 4G label on what was really a faster 3G service. In that case, both AT&T and T-Mobile were guilty.

You can read the lawsuit here.

5G Evolution and the 5GE indicator simply let customers know when their device is in an area where speeds up to twice as fast as standard LTE are available.  That’s what 5G Evolution is, and we are delighted to deliver it to our customers.

We will fight this lawsuit while continuing to deploy 5G Evolution in addition to standards-based mobile 5G.