iOS 13 is now available, these are the 13 best features

After three months of beta testing, iOS 13 is now available to the public. There are plenty of new things to try out across the board, so read on as we round up some of the best iOS 13 features.

If you’re wondering what devices are supported by iOS 13 and iPadOS 13, check out our full roundup right here. Meanwhile, check out our roundup of watchOS 6 features here.

iOS 13 includes support for Apple Arcade, which launched to beta testers earlier this week. Apple Arcade allows you to access a collection of games for a single $4.99 per month price point. Games will also be accessible from Apple TV and macOS Catalina when it launches later this fall.

Going along with Apple Arcade, iOS 13 adds support for game controllers. This means you can now connect an Xbox or Playstation controller to your iPhone or iPad. 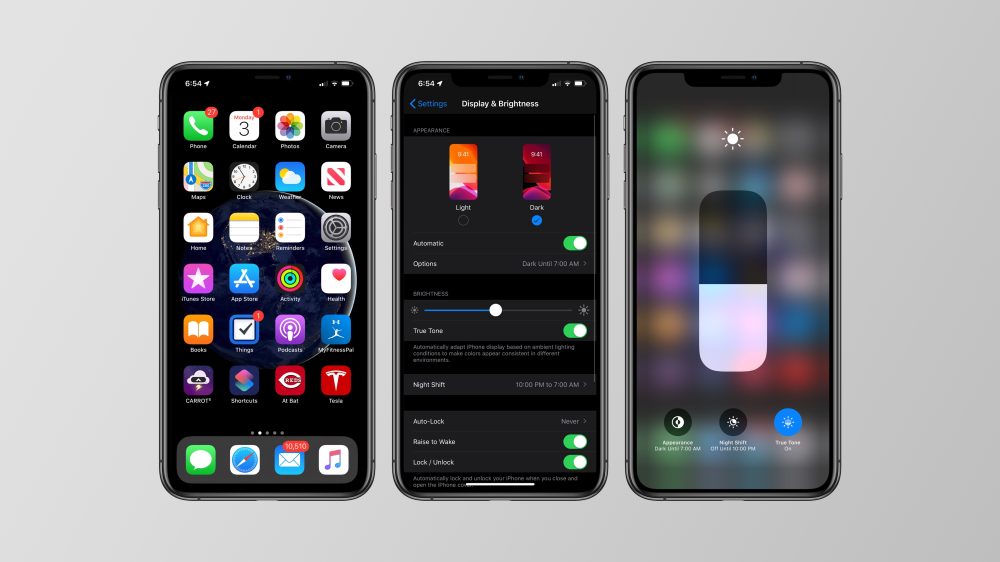 After years of speculation, one of the most popular features in iOS 13 will be the all-new system-wide Dark Mode. You can schedule it to come on at certain times, or manually enable it via Settings or via Control Center. New wallpapers are also optimized for Dark Mode and automatically change as you switch between light and dark.

We’re already seeing third-party apps add support for iOS 13 Dark Mode, and that’s a trend we expect to continue throughout the rest of 2019.

The Photos app has also received major updates in iOS 13. These enhancements make it easier to surface old photos, while screenshots and duplicate photos are also hidden to reduce clutter. There’s also a new Photos tab that makes it easier to browse your photos library:

The all-new Photos tab lets you browse your photo library with different levels of curation, so it’s easy to find, relive, and share your photos and videos. You can view everything in All Photos, focus on your unique photos in Days, relive your significant moments in Months, or rediscover your highlights in Years.

Other enhancements to Photos include “On this Day” for surfacing images taken in prior years, smart photo previews, auto-playing, Live Photos and videos, and more. 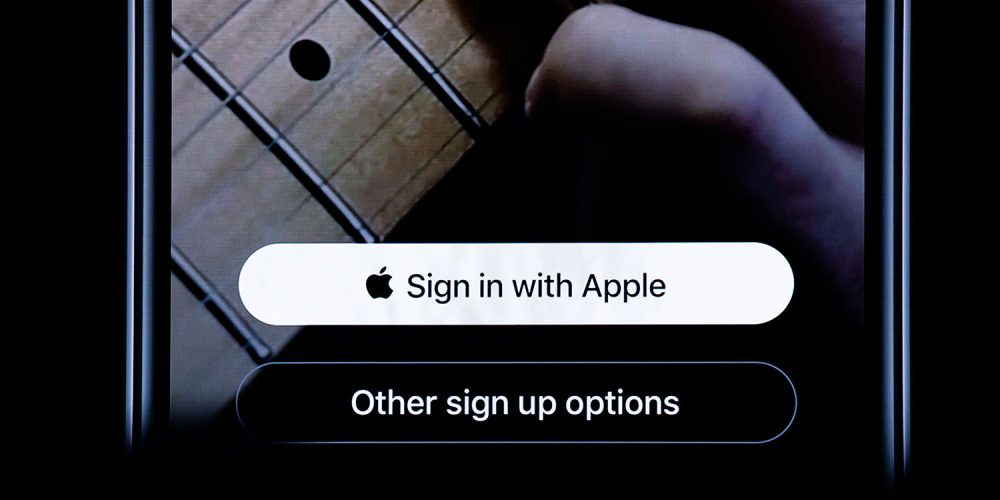 Sign in with Apple is Apple’s new privacy-focused sign in platform that is one of the standout features of iOS 13. It allows you to easily sign in to apps and websites using your Apple ID, which means you don’t have to fill out forms or create any new passwords.

There’s also a “hide my email” option, which means you never have to share your email address with a particular app. Much like Dark Mode, we expect developers to add support for Sign in with Apple as the rest of the year progresses.

In iOS 13, there are a handful of new features in the Messages app. For instance, you can now easily share your name and photo with your friends:

Automatically share your name and photo when you start a conversation or when the other person responds in a message. Decide whether you share with everyone, just your contacts, or not at all. You can even choose to use an Animoji, image, or monogram for your photo.

Other enhancements to the Health app include a new profile page, interactive charts and filters, support for tracking noise levels with Apple Watch, and more: 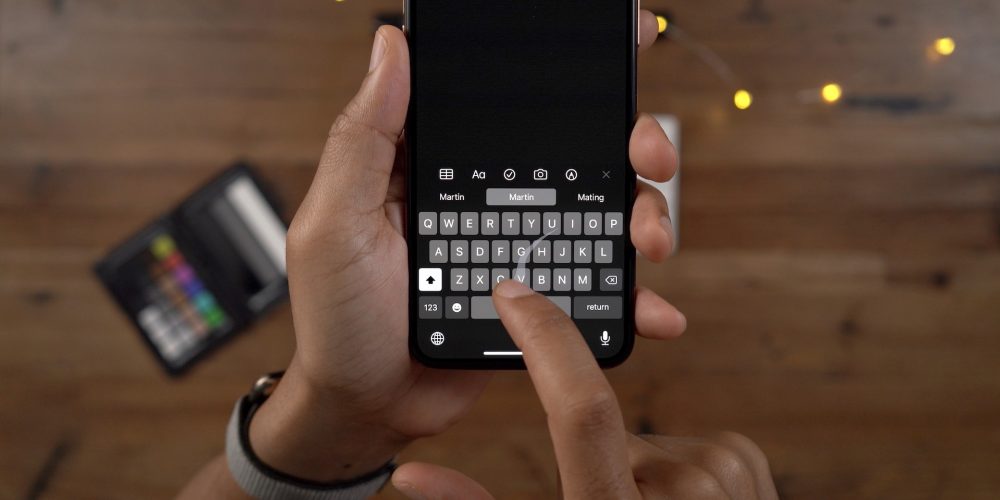 After years of resisting the technology, iOS 13 adds support for a gesture-based keyboard for the first time. The new QuickPath keyboard allows you to swipe your finger from one letter to the next to enter a word.

The QuickPath keyboard works interchangeably with the normal tap keyboard, so there’s no need to switch keyboards every time.

Apple has made numerous changes to app location permissions and transparency in iOS 13. You’ll now receive notifications when an app is using your location in the background, so you can decide whether to update your permission. There are also new options for granting an app access to your location only once and more.

Apple is also closing some of the ways that developers were able to access your location without your consent using Wi-Fi and Bluetooth. 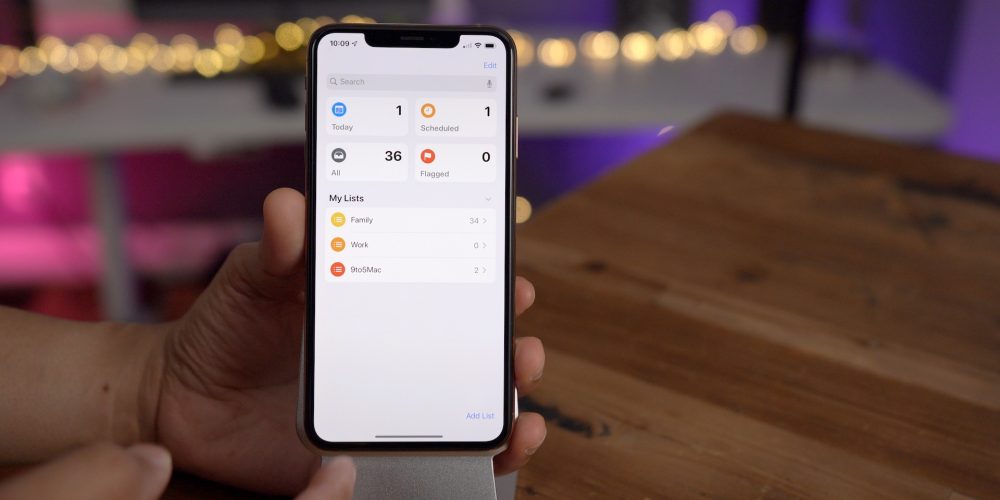 The Reminders app in iOS 13 is all-new with more powerful ways to create, organize, and keep track of your reminders. Siri now suggests reminders throughout iOS, which makes it easier to add new reminders. There’s also support for attachments, a new quick toolbar, smart lists, and more.

Smart lists allow you to keep track of your upcoming reminders with an interface that automatically organizes and displays them based on your schedule and flags.

Last year, Apple focused heavily on performance with the release of iOS 12, and this year it’s also one of the standout features of iOS 13. Apple touts that app launches are up to 2x faster, while Face ID is up to 30% faster. Apple has also worked to make app downloads smaller in size, as well as app updates.

Apple has made accessibility a focus with all of its recent software updates, and iOS 13 is no different. Headlining iOS 13 is a new voice control feature that allows you to control everything about your iPhone or iPad with your voice.

Read more about Voice Control in this piece from Steven Aquino on MacStories. 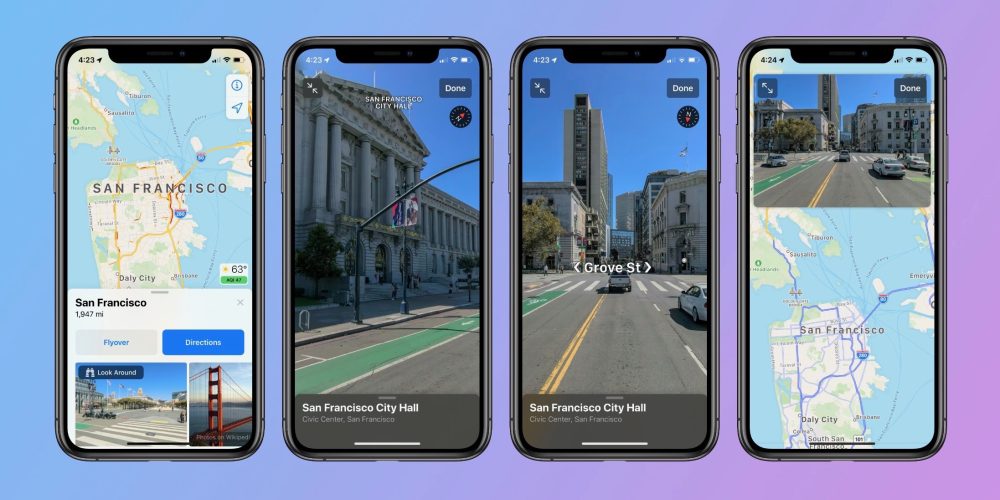 Apple Maps has received its own fair share of improvements with iOS 13. There’s a new Look Around feature that allows you to have an “immersive 3D experience” that gives you a 360-degree view of an area.

Just because iOS 13 has been released today doesn’t mean the updates will stop. Apple has already announced that it is releasing iOS 13.1 on September 24. The focus of iOS 13.1 is adding back features that were removed from iOS 13 beta testing, such as Shortcuts Automations, Audio Sharing, and Share ETA in Maps.

Apple also says that with iOS 13.1 coming on September 24, AirDrop gets new directionally aware suggestions that are powered by the new U1 Ultra Wideband location chip in the iPhone 11 and iPhone 11 Pro. iPadOS 13 will be released on September 24 as well.

iOS 13 is a major update to the iPhone and iPod touch, and the features outlined here are only the beginning. Check out Apple’s full list here for all of the details on iOS 13, and here for iPadOS 13.

What are you most excited to try out in iOS 13? Let us know down in the comments!